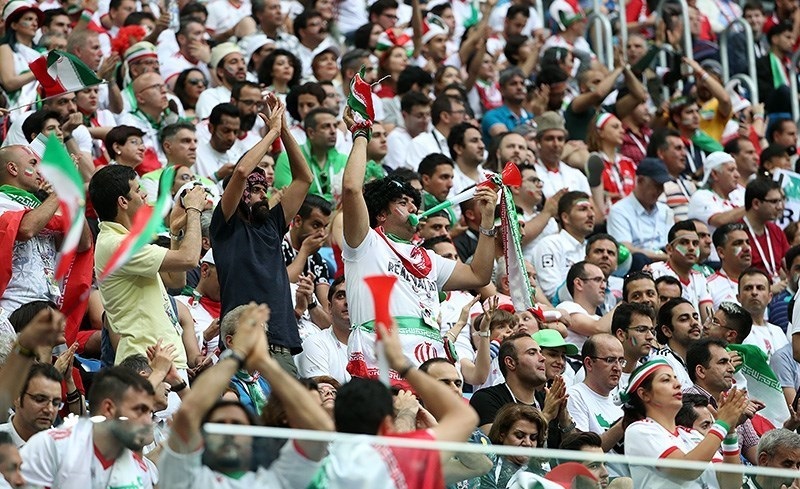 It might not feel that way but, with Senegal’s impressive win over Poland on June 19th, the first match day of the 2018 World Cup has already finished. The first 16 matches of the tournament have offered us plenty of interesting football, some closely contested encounters, and a few seriously surprising results. Below we’ll take a closer look at some of the matches and results that particularly stood out as well as highlighting how some of the World Cup Bad Boys have got on.

Russia – Saudi Arabia
In a preview of the Russian team in another article, we were sceptical of Russia’s chances of success during the World Cup. Their 5-0 thrashing of Saudi Arabia in the opening game has shown that the team might have more potential than previously expected, though (especially considering the Russians also booked a second victory, over Egypt, yesterday). Truth be told, the Saudis put up little to no resistance, but Russia still grabbed the opportunity with both hands. Denis Cherishev lived up to the hope of millions of Russians as he scored two and led his team to a more than meaningful opening result, while his fellow midfielder Aleksandr Golovin scored a lovely free kick in the added time and provided two assists earlier on in the game. Knowing yesterday’s result against Egypt already, Russia looks like they should slowly start preparing for the knock-out stage.

Portugal – Spain
After 48 hours of internal chaos following the firing of Spain’s national team coach just two days before their opening match against Portugal, it was going to be interesting to see how to Spaniards were going to turn up against Ronaldo and the rest of the reigning European champions. The Iberian encounter turned out to be one of match day 1’s most entertaining games. As usual, Ronaldo managed to take the spotlight by scoring all three of Portugal’s goals: a penalty in the 4th minute, taking advantage of a De Gea howler in the 45th, and scoring a magnificent free kick in the 88th. For Spain, arguably the King of the Bad Boys, Diego Costa scored a double, while Real Madrid’s Nacho scored what probably is the most beautiful goal in his career so far, a crossed drop-kick from about 25 meters out. If both teams can keep up what they showed in their first game, then neither of them should have much trouble passing the group stage.

France – Australia
On the 16th of June, one of the tournament’s top favourites started their campaign with a match against the Australia. The depth of the French squad is quite baffling and the Socceroos are considered to be among this World Cup’s weaker teams, in theory, but the game was far from a walk-over for the French. The game saw two penalties being awarded, one to each side, with Griezmann slotting the game’s first goal and Australia’s (and Crystal Palace’s) Mile Jedinak equalising from the spot just 4 minutes later in the 62nd minute. An own goal after a Paul Pogba effort settled the game in the 80th minute, but the Australians could definitely leave the pitch with their heads held up high. Midfielders Jedinak and especially Aaron Mooy (who we mentioned in an earlier preview article) played an excellent game, giving the lauded French midfielders a run for their money. Goalkeeper Mat Ryan shone as well, despite letting in two, one of which a penalty and the other a heavy deflection to give Les Bleus the victory.

Argentina – Iceland
The draw between favourites Argentina and tiny island nation Iceland was probably one of this round’s biggest upsets. A wonderful Kun Aguero strike in the 19th minute (his first ever World Cup goal) looked like the Icelanders were in for a long day, but instead, it just took them 4 minutes to pull one back as Alfred Finnbogason tapped in the equaliser from close range (the first World Cup goal in history for Iceland) despite Man City bad boy Otamendi’s defensive presence. After that, Iceland seemed to cope reasonably with Argentina, who gave a rather underwhelming performance. Lionel Messi, who hadn’t been standing out up until that point, got the perfect opportunity to put the Albiceleste ahead in the 64th minute, but his mediocre penalty was saved by Iceland’s Halldorsson, who had already shown his worth on different occasions before that. The Icelandic defence managed to remain solid, which resulted in the first World Cup point ever for the islanders and in a big disappointment for football-crazy Argentinians all over the world. Argentina is expected to pass the group stage, but they’ll have to work hard for it now, while Iceland will be hoping for points against Croatia and Nigeria to keep their World Cup hopes alive.

Brazil – Switzerland
A day later, Brazil, another top favourite for World Cup glory kicked off their campaign against Switzerland. All eyes were, of course, on Neymar, as he’d been spending the past months recuperating from an injury and getting in top shape for the World Cup. The Brazilians, though without really impressing, got off to a great start as Liverpool’s Coutinho curled in what is already considered one of the goals of the tournament. The Swiss saw much of the ball in the first half due to some typical tackling from Arsenal ‘bad boy’ Xhaka, but they rarely managed to truly worry Brazilian goalkeeper Allison. That is, until the 50th minute, when midfielder Steven Zuber popped up at a few meters from the Brazilian goal and forcefully headed in a corner from the right side. Chances for Firmino and Miranda came late on in the game, but Switzerland goalkeeper Sommer didn’t concede any more to give his country a surprising, but nonetheless more-than-deserved point from the encounter.

Germany – Mexico
Mexico’s one to nothing victory over favourites and current World Champions Germany is one of the biggest surprises on the first match day, and probably in the entire tournament. In an earlier review of this group, we stated that “Germany will most likely be out of their league, but Mexico should be able to keep Sweden and South Korea at bay”. As it turns out, Germany wasn’t out of their league, far from it. El Tri were concentrated from minute one, displaying a strong tactical discipline and a patience to wait for the Germans to lose the ball in attack before countering at lightning speed. Germany’s Boateng could only just keep Hirving Lozano from scoring on the break at the very start of the game, but he came too late as Lozano (who we highlighted as the star player in our preview of Mexico) scored the game’s only goal in the 35th minute, again on the counter. The Mexican attack, consisting of West Ham’s Chicharito, PSV’s sensation Lozano (who also has a reputation as a bit of a bad boy with 7 career red cards to his name already at age 22 and showed a glimpse of this with a rash challenge shortly before being substituted), and Carlos Vela offered a constant threat, while Guardado and Herrera ruled the midfield for large periods of the game. The Germans looked like they hadn’t completely woken up yet, and they’ll need to do much better for the games against South Korea and Sweden if they want to keep their World Cup dreams alive.

Tunisia – England
On the 18th of June, England kicked off their 2018 World Cup adventure against one of the tournament’s weaker teams, Tunisia. Many of the England fans will have expected a slightly more comfortable victory against the Eagles of Carthage, instead of a last-minute winner by captain Kane. The Three Lions started furiously in the Volgograd Arena, with big chances for Maguire, Lingard and Henderson before Kane volleying in the opener in the 11th minute. The English kept at it, but were shocked by a harsh judgement of a foul by Walker, resulting in a penalty for Tunisia which was converted into the equaliser by Sassi. By this time, Tunisia’s first goalkeeper Mouez Hassen, who’d been outstanding up until that point, had already been replaced as a result of an injury. As most FPL managers know (or should know!), Harry Kane is dangerous until the final whistle, and he proved this again by slotting home from short distance after Maguire flicked on a corner by Kieran Trippier, who stood out during the whole 90 minutes.

Colombia – Japan
Both first match day results in Group H could be called surprising, but Japan’s victory over slight group favourites Colombia stands out. Many consider Colombia a potential outsider for success in Russia and believe that they could go far, but Los Cafeteros didn’t live up to those expectations against Japan. It’s not that the Colombians played badly, but due to a Carlos Sanchez’ red card in the 3rd minute, getting a favourable result from the game looked complicated from the start. The red card came accompanied by a penalty, which was converted by Dortmund’s Shinji Kagawa. Colombia refused to give up, though, and they fought themselves back into the game, resulting in the equalising free-kick that could’ve been kept out by Eiji Kawashima. Japan took control in the second half and Colombia appeared less and less on the opponent’s half. Japanese striker Osako played a great game and kept testing Colombia’s Ospina, culminating in his effective header from a corner in the 73rd minute. Colombia managed to limit the damage from then onwards and will be desperately looking for points in the coming games against Senegal and Poland. Japan, on the other hand, got off to a dream start and will be looking to extend their stay in Russia to beyond the group stages.

Keep up to date with the latest insights and comments on the Fantasy World Cup competitions on our Fantasy Football forums.