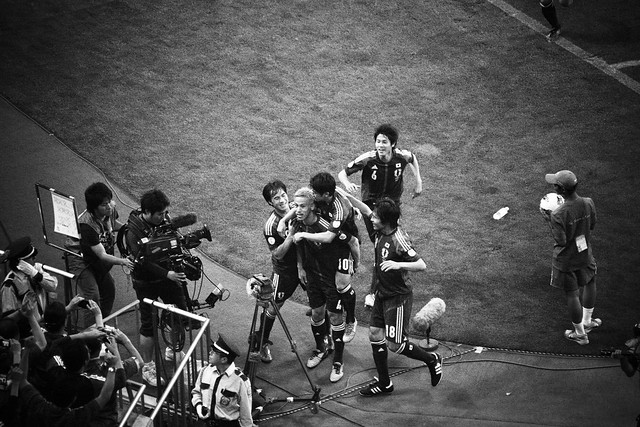 Over the last two weeks building up to the start of the 2018 World Cup in Russia on Thursday June 14th, we’ve published a series of previews on each of the 8 Groups with a special focus on each team’s best players and any details that might be of interest to FPL managers. Today the final instalment in our 8 article series is Group H with Colombia, Japan, Poland and Senegal. On June 19th, Colombia are playing Japan and Poland are facing off against Senegal. Finally World Cup madness is here! And here is thousands of ways to have even more fun!

Colombian football has been developing at a spectacular rate over the past decade or two, something that was emphasised by their World Cup quarter final in 2014. With the mix of arrived top players and exciting young talents present in the 2018 squad, Los Cafeteros might become of this summer’s surprise packages.

Probably the best player that coach Jose Pekerman has at his disposal in Russia is Bayern Munich’s James Rodriguez. The ex-Real Madrid man managed to score 8 goals and provide 14 assists in 39 games, including 1 goal and 2 assists in 12 Champions League games. The 26-year old attacking midfielder combines a great vision of the game with an extraordinary left foot, making him Colombia’s creative engine.

Up front, the Colombians will be counting on Radamel Falcao‘s trademark killer instinct to supply them with goals. The Chelsea striker was loaned to his old club Monaco last season and he didn’t disappoint: 24 goals and 5 assists in 36 games, including 3 goals in 5 Champions League games. At 32 years of age, one would say that Falcao has reached the final stretch of his career, but he’s still performing at the highest level and he’ll be a key asset to Colombia during the World Cup.

With Milan’s Cristian Zapata, PSV’s Santiago Arias, and Barcelona’s Yerry Mina, the Colombian defence has plenty of names worth mentioning, but the one currently standing out is central defender Davinson Sanchez. The Spurs strong man, who came to Spurs from Ajax Amsterdam for a club-record fee of £36 million, is one football’s most exciting defensive prospects. He combines a seemingly endless energy with great tackling and superior aerial ability. His powerful physique at times hides his speed and acceleration, especially when tracking back in defence, and he’s very good at the 1v1. At still just 21 years of age, the occasional mistake slips into his game, but he’s Colombia’s future nonetheless.

Los Cafeteros can count on a combination of quality, talent, and experience to guide them through the group stage. How far they go next will depend on their defensive solidity and the form of their players up front.

After a more than disappointing 2014 World Cup, in which they quietly were sent home in the group stage, this Summer will most likely be the last chance for some of Japan’s most experienced players to put down a good performance with the national team.

Despite seemingly having stepped down a level or two by joining Mexican club Pachuca last summer, Keisuke Honda remains one of the best footballers the Land of the Rising Sun has ever produced. The creative midfielder left the European continent after quite successful stints at AC Milan and CSKA Moscow, and is still considered to be a key piece for Akira Nishino and the National team. With his international experience (36 goals in 95 games for Japan), his excellent vision of the game, and his ability to both score and set up a team mate, he’ll be invaluable on and off the pitch.

Honda will be joined on the midfield by Borussia Dortmund midfielder Shinji Kagawa, who scored 6 goals and assisted 7 in 27 games last season, including 2 assists in 5 Champions League encounters. Like Honda, Kagawa is a very silky attacking player who loves to have the ball in his feet and control the direction of the game. Add to this his physical development in the Bundesliga and his experience in playing for the National team (29 goals in 91 games), and his importance to Japan becomes even more understandable.

Where Shinji Okazaki might not be known as the prolific goalscorer for Leicester, things look a whole lot different for the striker when it comes to his national team. He’s scored 50 in no less than 112 games for Japan and it’s very likely that, despite his 32 years of age, he’ll be starting up top in Russia this summer. With his incredible work rate, and if he can count on his goal instinct, he’ll be invaluable to the Japanese.

The Japanese squad boasts some serious, though ageing, quality that should give them a shot at qualifying for the knock-out stages. The same goes for Poland and Senegal though, so we expect it’ll be a closely contested rivalry for second place behind Colombia.

The Polish can count on a world class attack, and a decent midfield and defence, but whether or not it’s enough to give some shine to their first World Cup participation since 2006 remains to be seen. It could go both ways.

The absolute superstar of the Polish national team is Robert Lewandowski, the Bayern Munich striker who is widely considered as one of the best in the world at what he does, which is scoring goals. This is underlined by his 41 goals (and 5 assists) in 48 games for Bayern last season, including 5 goals and 2 assists in the Champions League, and his 52 goals in 93 games for Poland. Lewandowski is a complete attacker who can combine as easily as he can put balls in the back of the net, who can finish with both feet, and who can occupy entire defences in order for his team mates to slip through. Poland’s form will depend on his form.

Another key asset for National team coach Adam Nawalka is standing in goal, namely Wojciech Szczesny, the ex-Arsenal and current reserve Juventus goalkeeper who is seen by the Italian giants as the natural heir to living legend Gianluigi Buffon. The Polish goalie, who is still only 28 years old, has steadily grown into a very experienced and reliable pair of hands, and he’ll be raring to show that he’s ready to pick up the gloves in the Juve goal after the World Cup. Should he fail to make an impression, then Nawalka can still call on second goalkeeper, and one of Swansea’s few bright spots last season, Lukasz Fabianski.

In the Polish midfield, it’ll probably be Grzegorz Krychowiak who’ll be protecting the team’s balance from in front of the defensive unit. The undoubtedly very talented defensive midfielder earned a transfer to PSG after excelling at La Liga side Sevilla for years. Despite his failure to make a mark in Paris (and in West Bromwich during last season’s loan spell), Krychowiak will be hoping to impress in Russia. And why not? He breaks up an attack as easily as he puts a team mate alone in front of goal, he reads games well, and his technique with the ball is more than most players on his position could dream of.

Though Poland came out of Pot 1 during the sorting of the World Cup groups, they’re likely to be fighting for second place in the group with Japan and Senegal. A lot will depend on Robert Lewandowski’s form in Russia.

The World Cup in Russia is only the second World Cup the Lions of the Teranga have ever been part of, the first one being in 2002 when they amazingly reached the quarter finals. Senegal reaching that far again this time seems unlikely, but the Group H contenders should definitely not discard them.

The star of the team is Sadio Mané, the tricky winger who usually starts up front for Jurgen Klopp’s Liverpool, forming one of Europe’s most-feared attacks together with Mo Salah and Roberto Firmino. The powerful attacker has had a fantastic year at Anfield last season, scoring 20 and assisting 9 for Liverpool as they reached the Champions League final. With 10 goals and an assist in the Champions League alone, Mané was actually one of tournament’s MVPs last season. He’s very quick, has an abundance of energy, and can both finish and assist in the final third. He has the potential to become one of the stars in Russia.

At the other end of the pitch, Senegal can also count on a player of world-class. Napoli’s Kalidou Koulibaly has quickly developed into one of the most-wanted defenders in Europe and Senegal will be hoping that he can bring his excellent club form to Russia this summer. Thanks to his size and athletic build, Koulibaly possesses superior aerial abilities, both in defence and attack, while his time in Italy has taught him tactical awareness and discipline. He’ll be leading the Senegalese defense in Russia.

Much of the energy needed in midfield will be provided by Everton’s Idrissa Gueye, who is what some call an enforcer, and one of the best in Premier League at that. Gueye can usually be found all over the midfield, recuperating balls and closing gaps. He combines superior tackling with extremely accurate passing and a good tactical discipline. In combination with West Ham’s Cheikhou Kouyaté, Gueye will be forming a solid defensive block on the midfield this summer.

Not many people are talking about Senegal in the run-up to the World Cup, but the African side might turn into one of the surprises this summer. Passing their group isn’t easy, but if they manage it, they’ll most likely present a very tough task to opponents in the knock-out stages.