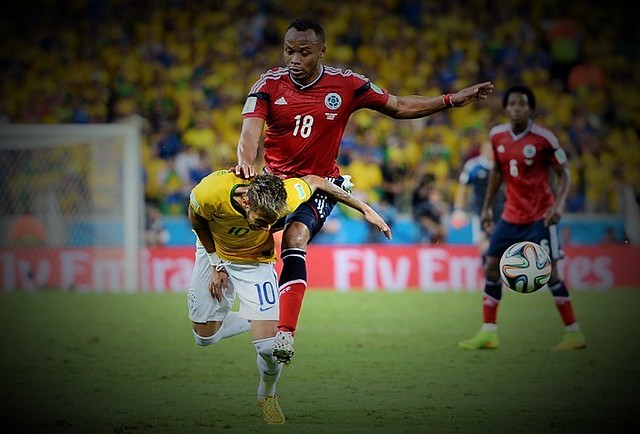 Over the two weeks building up to the 2018 World Cup, we’re publishing a series of previews with a special focus on each team’s best players and any details that might be of interest to FPL managers and fiso members playing Fantasy World Cup games. Today, we preview Group E with Brazil, Costa Rica, Serbia and Switzerland. On June 17th, Costa Rica are playing Serbia, and Brazil are facing off against Switzerland. Brazil are the bookmakers’ favourites to win the World Cup and it’s always a good idea when selecting your lineup to check out who the likely winners are from places such as Bet safe VM odds.

This summer in Russia, it’ll be the 21st time that Brazil are present at a World Cup and as usual, they’re among the favourites to take the cup home. National team coach has an abundance of talent, quality and international experience all over the roster, but one man is counted on more than others. Neymar Jr, the world’s most expensive player by a long shot, injured himself halfway through last season and the Brazilian panic was immediately palpable. It looks like the PSG dribbler will be fit by the time the World Cup gets started, but how much effect will the lack of match fitness have, in combination with the unrelenting rumours about his unhappiness at PSG and a transfer to Real Madrid this summer?

Since a decade or so, the Ukrainian city of Donetsk has proven to be step toward a very promising career for young talents from Brazil. Just think of Willian, Fernandinho, and Douglas Costa. The latest one to cross over into one of Europe’s top leagues, the Premier League in this case, is Fred. The energetic box-to-box midfielder signed for Mourinho’s Man United this week for over £50 million and though he might not always start for Brazil this summer, due to the presence of Fernandinho, Paulinho, and Casemiro, he’ll surely want to show his worth in Russia. Fred tackles and defends hard but fair, he can set up a goal, and he lets other players shine, so keep an eye out for him.

Thiago Silva, Coutinho, Ederson, Marcelo, Gabriel Jesus. Those are just a few of the Brazilians we could focus on, but we’ll go for last season’s Champions League finalist, Roberto Firmino. The versatile Liverpool attacker, who scored 27 goals and assisted 17 in 54 games last season, has an invaluable role in Jurgen Klopp’s team, both as finisher and provider. He works tirelessly to create spaces for his team mates, his technique is close to perfect, and he combines as easily as he scores, so he might just make his mark in Russia.

A Seleçao are one of the top favourites for a World Cup triumph, but before thinking of that kind of glory, they’ll have to get out of their group. Not the easiest of tasks, but they should be up for it.

Los Ticos are hoping to repeat their surprise performance at the last World Cup, when they came to a halt after penalties against the Netherlands. Oscar Ramirez’ team doesn’t contain an abundance of well-known players, but good performances by some of their top players might be enough for another great run but will fortune favour them again?

The Costa Rica roster boasts one real, international superstar, in the person of goalkeeper Keylor Navas. The Real Madrid shot stopper is already the most successful Costa Rican player in history, which is largely thanks to his considerable role in Real Madrid taking home the Champions League three seasons in a row. Navas is lightning quick on the line and he has the experience to lead his national team, so a lot will depend on him performing well for Los Ticos.

In the midfield, Costa Rica still largely counts on Bryan Ruiz to provide them with the necessary creativity and flair. The 32-year old attacking midfielder possesses a wonderful left foot with which he can create danger from both open play and set pieces, and after stints at FC Twente, Fulham, and most recently Sporting Lisbon, he’ll hopefully be able to produce some of his magic for his country this summer.

In the Costa Rican attack you’ll find a name that will probably sound more than familiar to long-time FPL managers: Joel Campbell. The explosive winger is still only 25 years of age, which make the 14 goals in no less than 74 appearances for Costa Rica all the more impressive. On club level though, Campbell has been loaned out six times by Arsenal since he joined them in 2011, the latest spell coming at last season’s La Liga surprise package Real Betis. Los Ticos will be hoping that 2 goals and an assist in just 9 games will be enough for him to be fit, ready, and in form in the build-up to the World Cup.

On paper, Costa Rica are the weakest team in this group. They have a world class goalkeeper, but the rest of the team is probably a few levels below the average level of fellow Group E outfits Brazil, Serbia, and Switzerland.

Ever since the collapse of Yugoslavia, the Serbians have had more than decent talents at their disposal. With that fact came expectations and, unfortunately for Serbia, also the disappointments of never really taking the opportunity of an international tournament to perform. The squad going to Russia will depend on a relatively old defence and a varied attack.

The star of the team is probably Manchester United’s Nemanja Matic. Considered by many to be one of the finest defensive midfielders in the world, it’s easy to understand why Mourinho splashed £40 million on the Serbian last summer. Matic is one of these players that seem to be everywhere at once and who can, on a very good day, control an entire midfield by himself. He’s tireless, he’s tactically very astute, and his left foot occasionally releases a thunderbolt into the back of the net. Serbia will be counting on him to excel this Summer.

Matic will most likely be joined on the midfield by the somewhat more attacking Sergej Milinkovic-Savic from Lazio Roma. The physically dominant midfielder is rumoured to become one of the hottest assets during the upcoming transfer window and it’s not hard to see why. Apart from his 14 goals and 9 assists in 48 games for Lazio last season, Milinkovic-Savic is a rather complete box-to-box midfielder with excellent aerial ability. Add a great right foot to that and it becomes clearer why a central midfield formed by him and Matic could be something to behold this World Cup.

Many FPL managers will hear a bell ring when they hear the name Aleksandar Mitrovic. His first season at Newcastle in the Premier League was not an undivided success story, though the still only 23-year old striker had plenty of good moments to show as well. He was loaned to Fulham in the Championship halfway through the season and this obviously did him some good, considering his 12 goals and 1 assists in just 17 league games. With his strength, both on the ground and in the air, he’ll probably be starting for Serbia in Russia this summer.

With the likes of Matic, Tadic, Milinkovic-Savic, and Llajic, Serbia can count on a very talented pool of players to choose from. In defence though, most of the starting players are aged over 32 (like Kolarov and Ivanovic), which might turn out to be their Achilles heel during the World Cup. They’ll have to play top themselves and hope for Switzerland or Costa Rica slipping up if they want to look past the group stage.

Under coach Vladimir Petkovic, Switzerland is building up to the World Cup with quite some expectations. The core of the team consists of experienced players from the European top leagues, while the squad harbours a few considerably talented players as well.

One of the every best players in the team is defender Ricardo Rodriguez, who last summer moved from Wolfsburg to Seria A AC Milan for €15 million. He’s strong, quite fast, and defensively sound, while his 4 goals and 2 assists for Milan last season demonstrate that Rodriguez also supports the attack when possible, which can be a real weapon for Switzerland this summer.

Where Rodriguez usually plays on the left flank, Stephan Lichtsteiner usually does so on the opposite side. The Juventus right-back, like Rodriguez, has an attacking style of play for a defender, as he’ll usually try to show himself on the opponent’s half to put pressure or to look for the pass. Besides that, he’s physically strong, internationally experienced, and tactically very aware, so it looks like the wing-backs are going to play a major role in the Swiss tactics this summer.

In attack, the Swiss can count on Breel Embolo to make an impact. The youngster was one of Europe’s most wanted signings last summer window and he eventually ended up signing for Bundesliga club Schalke 04, where the still only 21-year old striker scored 3 and assisted just as many in 21 games. Embolo is physically strong, explosive in terms of both his pace and his acceleration, and he has a liking for the goal. It remains to be seen if he’ll be starting for Switzerland this summer, but he’s definitely one to watch out for.

Switzerland, in theory, has enough quality in the side to make it through to the knock-out stages of the competition, but they’ll have to really turn up during the games. Brazil is probably out of their reach, but victories against Serbia and Costa Rica definitely are not.