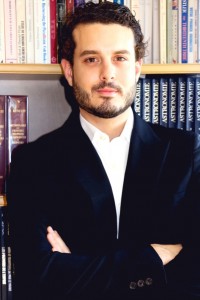 The boom in daily fantasy sports in the US has been slow to catch on across this side of the pond but, since we launched FootballFanager.com ahead of the 2014 FIFA World Cup, we’ve seen interest in the format grow at an incredible rate.

Since the World Cup, we have quickly amassed 20,000 registered users taking part in free and paid-for daily leagues against peers and mates for cash and other prizes. As we look ahead to the 2015/16 season, we expect to see that growth continue.

The Premier League reports an annual global TV audience of 4.7 billion viewers. If UK fantasy sport sites such as ours can tap into just a tiny proportion of that number, then the format is destined for massive success.

In our early days, we attracted an initial 1,500 users within weeks, without any marketing to speak of. Imagine the opportunities when more people discover what Football Fanager is about, play against their friends and enjoy all the benefits that daily fantasy sport has to offer.

The ability to dip in and out of daily fantasy sports gives the casual fan an outlet to enjoy the managerial aspect of fantasy sports, without the season-long commitment. What’s more, with the opportunity to win cash every day, the appeal of sites such as ours is constantly growing. Add in the social element of a daily format and it’s easy to see why many are flocking to Football Fanager.

The growth of social networks puts daily fantasy sports in a strong position. Online gaming hasn’t really moved on in at least a decade. Daily fantasy football is the first of a new breed of games that tap into social connectivity in a big way, which will redefine the existing culture. Currently, fantasy sport is generally seen as an off-putting season long commitment.

Much of the current challenge for the operators is around awareness. In the US, huge corporations such as Disney and Comcast have seen the potential for daily fantasy sport and are pouring hundreds of millions of pounds into the industry for marketing, advertising and development.

While the UK market isn’t at that scale just yet, we’re now seeing more development and investment, with new competitors springing up constantly. It’s a young industry that is expanding fast and gaining more and more attention in the mainstream.

I believe that this August we’ll see a game-changing spike in the numbers of daily fantasy sport users. Traditionally, there are peaks in user numbers as the Premier League kicks off, which is unsurprising given that it’s a time when many fantasy sport fans prepare for a season-long tactical battle.

That start-of-season interest will permeate through to the daily fantasy sport market, just as it has done on a cumulative scale each passing year. We’re building a loyal user base that grows exponentially each month. It’s a low pressure, high entertainment formula that is catching the imagination of football fans across the UK. Now is the opportunity for daily fantasy sports move into the big time.