Who to watch in the English Premier League over the next few weeks? -
Skip to content 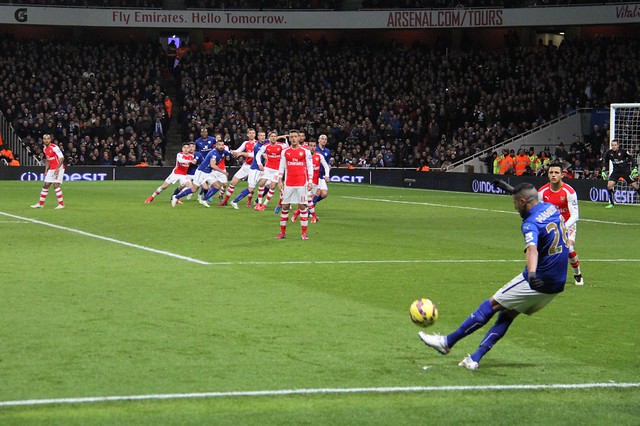 The Premier League is rapidly becoming the least predictable league in the European football elite (last Monday night’s clamant 0-0 North-West Derby result serves as a recent and decent illustration of this), but there are still some certainties for the Fantasy managers amongst us. Aguero will score goals (and miss games due to injury), Kevin de Bruyne can be counted on to dish out assists here and there, and the Spurs defence will again be one of the more reliable ones this season. The problem here is that every manager in the Fantasy Football world will know this. Just like many gamers know to visit slotswebsites.org for the best online video slots.

In this article, we want to highlight a few players from outside the traditional top teams who are performing well and whose inclusion in your Fantasy line-up might be worth considering, even for the medium and long-term. The prices relate to the official Fantasy Premier League game.

Callum Wilson – Attacker – Bournemouth – £6.4
Callum Wilson has been on fire in the past two gameweeks, scoring a goal in each, against Watford away, and versus Hull at home, when he also provided an assist. That home game against Hull is worth mentioning in any case, because the Cherries absolutely dominated that game (hence the 6-1 final result)!

Wilson is a starter, he’s in shape, and the Cherries have just come off that previously mentioned home win, so their confidence will is high. Though the next game is a tough one (home versus Tottenham), a goal or an assist for Wilson is not unthinkable, and after that it’s Boro away, Sunderland home, and Stoke away for Bournemouth. In other words, fixtures with potential for both Bournemouth and Wilson.

Christian Benteke – Attacker – Crystal Palace – £7.7
Yes, Christian Benteke failed to score in his last game, and yes, he even missed a penalty, resulting in the fantastic Fantasy score of -1. It’s also worth mentioning though, that he hit the post with a magnificent header in that same game versus West Ham, and that he was the main source of danger coming from Crystal Palace.

Benteke has scored 3 goals in his last 5 games for the Eagles, and he played a minimum of 80 minutes in all of those games. The coming run for Palace is far from easy, as they will be visiting Leicester (no longer the machine it once was), before welcoming Liverpool (Benteke’s ex-club, where he kind of flopped) and visiting Burnley in the coming three fixtures. Benteke is strong, excellent with the head, and he is supported by an array of talent with the likes Puncheon, Zaha, Cabaye, and Townsend, to name a few. He might be raking in some points over the coming weeks.

Joe Allen – Midfielder – Stoke – £4.9
Stoke have not been great so far this season. True. Their midfielder Joe Allen earned 35 points in the official Premier League Fantasy game over the past three games. Also true. He is priced at £4.9 in the official game, and he’s owned by less 5% of all managers. Again, true. You’re missing out on some serious points by not drafting him in straight away. Possibly true.

The Potters have been performing below par this season, but they booked a good victory over Sunderland in gameweek 8, and the coming three games are against Hull (away), Swansea (home), and West Hame (away), which could be just what they need to start earning some needed points. Add to that the stellar form of Joe Allen, who also scored for Wales during the last international break, and the midfield maestro should at least be around the top of your list for potential transfers over the coming weeks.