The art of setting odds in sports is a curious business. Not only do you have to take in the tangible factors like form and precedence, but also intangible issues such as how a team will cope with the pressure to deliver. England and Germany are good examples of this, with the former regularly underachieving when bringing talented squads to international competition and the latter consistently delivering regardless of how average the squad is judged to be.

Bookmakers, of course, don’t always get it right when it comes to odds-setting. Below are three nations who may have been misjudged in the odds for this year’s World Cup. That is not to say they will definitely lift the trophy in at the Luzhniki Stadium in Moscow on 15th July, but their odds are perhaps a little bigger than they should be, and they can always be backed each way.

There are lots of free bet offers from major bookmakers available to use on the World Cup, so some of these teams might be worth backing in a shot to nothing: 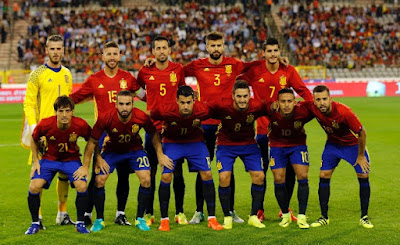 Nobody is going to label Spain a dark horse team to win the World Cup, but there is clear daylight between them and the other favourites – Germany (5/1), Brazil (5/1) France (11/2) – in the latest betting odds. For many, Spain should be neck and neck with that trio. While La Furia Roja were disappointing at Brazil 2014 and Euro 2016, they seem to have really got their act together again.

An unbeaten qualifying campaign saw only three goals conceded and 36 scored in a group containing Italy. Unlike some of their rivals, the Spain squad is ridiculously deep and not dependent on a handful of players, meaning they could easily cope with injuries to star players and still shine in Russia.

Belgium’s large odds can only be put down to the fact that they have never truly succeeded in a World Cup, with their best performance being 4th place in 1986. The current generation of Belgian stars is probably their best in history however. Crucially, the team is made up of some of the form players in world football, with the likes of Hazard, De Bruyne and Mertens all at the very peak of their careers.

In a way, Belgium are the perfect team to use a free bet on, because they offer both generous odds and a very, very good chance of becoming the ninth nation to win the World Cup. This once in a generation squad really could deliver. 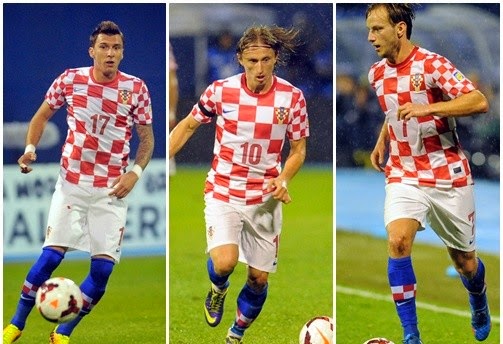 Croatia may not boast the squad depth of Spain or France, but they have a brilliant starting XI featuring the likes of Luka Modric, Ivan Rakitic, Mario Mandzukic and Ivan Perisic. If those players can stay fit, there is every chance that Croatia could emulate the 3rd place finish achieved at the 1998 World Cup in France.

It should be worth nothing that Croatia have been given a decent draw for Russia, despite being placed in the same group as Argentina. They look a really good bet to reach the knockout stages and could provide huge each way value for punters looking to make a profit in Russia.