The Premier League season has come and gone, but fear not – there are only ten weeks to go before the teams return to action for the start of the 2017/18 campaign. Chelsea claimed their fifth Premier League crown in Antonio Conte’s first season in charge, but they will become the hunted next term with Tottenham Hotspur, Manchester City, Liverpool and Manchester United expected to spend big over the summer.

All of those sides already boast formidable squads, but the addition of further talent will ensure that the Premier League remains the most exciting division in world football. Players such as James Rodriguez, Kylian Mbappe and Marco Reus have been linked with a move to England and would provide a new element to the league, offering serious competition at the top. The Premier League has seen a drain of Europe’s top talent moving to Spain and Germany instead, but a strong influx this summer could allow the division’s best sides make steadfast improvements in the Champions League.

However, it should also provide scintillating matchups in the top flight, especially in the world of Premier League fantasy football with Guts – where the range of high-quality players available will make a thrilling contest week in, week out on their head-to-head fantasy battles. In the league, each player scores points based on goals, assists, clean sheets and minutes played. They can also lose points for conceding goals, missing penalties and picking up red and yellow cards.

We’ll now look at three players that could light up the Premier League next term. 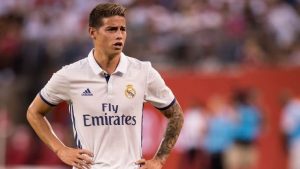 The 25-year-old has been linked with a move to Manchester United to revitalise his career. Rodriguez was a standout for Colombia in the 2014 World Cup, winning the Golden Boot along with being named in the Dream and All-Star Teams. As a result of his fine performances, he secured a move to Real Madrid. Rodriguez enjoyed a fine debut season in La Liga, scoring 13 goals.

However, since then, his playing time has been drastically reduced, prompting his desire for a move away from the Bernabeu. United have been his strongest suitors thus far, but whether he would be able to thrive under Jose Mourinho and replicate his 2014/15 season in his restrained system would be another matter. 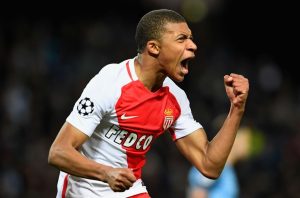 The 18-year-old has been a sensation for Monaco this season, bringing comparisons between his game and that of the great Thierry Henry. His 14 goals in Ligue 1 have helped drive Leonardo Jardim’s men towards the Ligue 1 crown, while his form in front of goal propelled his team towards the Champions League semi-finals where they were beaten only by Juventus.

The frightening aspect of the forward’s talent is that he will only improve. Arsenal have been touted with a move for Mbappe and pairing him with Alexis Sanchez could make them an unstoppable force in the final third – to perhaps finally end their league title drought. 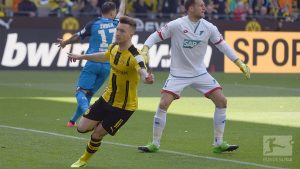 Reus is another goal and an assist getter that will benefit a new team along with fantasy owners. When the German is on the field, he is always extremely productive as proven during his five seasons with Borussia Dortmund. The 27-year-old has reached double figures three times in that time span, but injuries have limited to break into the upper echelons of players across the globe.

A move to Manchester City could allow him to thrive even further under Pep Guardiola, with Kevin De Bruyne, Sergio Aguero, Gabriel Jesus and Leroy Sane opening up space in the final third. Reus could take his game to the next level with such a switch, which would light up the Premier League and make him a must-purchase for fantasy football fans next term.