The Top Fantasy Picks for Cheltenham Festival -
Skip to content 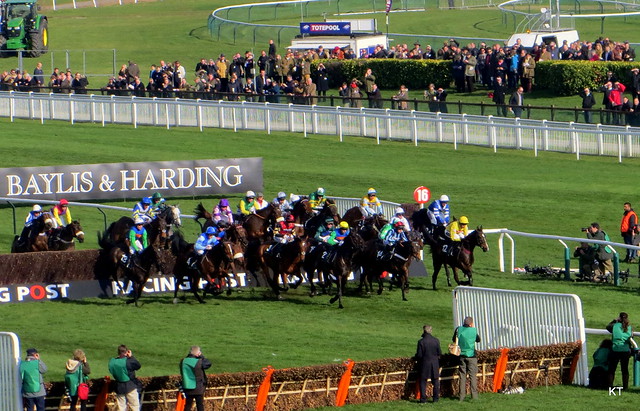 With the big news that Irish trainer Willie Mullins has pulled both Faugheen and Min out of Cheltenham this year, many a punter will have to rethink their bets. There were hopes that Faugheen could reclaim his Stan James Champion Hurdle crown and Min was expected to run in the Racing Post Arkle Trophy but injuries have ruled both horses out of the festival.

There’s still a few weeks to go but, it’s probably about time to take a look at what should be your top fantasy picks for the meet’s five most valuable races.

The Ryanair Chase is a two-mile, five furlongs steeplechase and this year it looks like the Willie Mullins’ trained Un De Sceaux is the hot favourite. Un De Sceaux also holds an entry for the Champion Chase, but in that race, he will face much stronger competition.

The other entrants in the Ryanair Chase, on the other hand, are quite a distance behind and we fully expect him to win this race comfortably.

The Sun Bets Stayers’ Hurdle is a two-mile, seven furlongs and 213 yards hurdle race that many consider one of the most prestigious of its kind in the racing calendar. While Unowhatimeanharry is the clear favourite, we’re of a mind that Ballyoptic will beat him. This horse clearly has plenty of stamina having won four of his eight hurdle races, yet his two recent falls seemed to affect his confidence a little.

Having said that, this horse has shown that he can compete against Unowhatimeanharry and although he finished four and a half lengths behind him in the Long Walk Hurdle, we fancy that he could spring a surprise at Cheltenham.

This two-mile steeplechase is the highlight of day two at the festival and last year’s race gave us an epic finale as Sprinter Sacre produced a stirring comeback to reclaim his crown. There’s no place for the now retired Sprinter Sacre this year, so all eyes will turn to Willie Mullins’ Douvan.

Unbeaten in 13 starts, Douvan is the clear favourite especially considering that the second favourite Fox Norton doesn’t seem to have what it takes. In their two previous meetings, Fox Norton hasn’t managed to get within eleven lengths of him.

Run over two miles, the Champion Hurdle was to be Faugheen’s chance to reclaim his crown, but with a stress fracture ruling him out of the Festival it’s time to change our bets. Yanworth is looking good of late and so far has won eight of his 11 career starts.

This race requires stamina and Yanworth’s win on Boxing Day shows that he’s got it in spades but can he overcome race favourite Annie Power? Last year’s winner will be tough to beat, but with Faugheen out of the race, it could be Yanworth’s time.

And so we come to the biggest race of all, The Gold Cup. Worth over half a million and run over three miles and two furlongs, the stage is set for a memorable race. With Willie Mullins dominating the last four festivals it’s very tempting to pick either Vroum Vroum Mag or Djakadam.

However, a quick look at Betstars odds for the race shows us that neither of Mullins horses is the favourite. That honour goes to Thistlecrack, the jewel of Colin Tizzard’s stable but as we all know, in the Gold Cup, anything can happen. It’s a tough one to call, but we’re going with Djakadam who was runner-up in this race in both 2015 and 2016. His good form and consistency this season should see him make it third time lucky.