The Importance of Football Betting Price Boosts -
Skip to content

The football betting industry is hugely competitive among online bookmakers. A lot of effort is put into advertising campaigns and other forms of marketing, with bookmakers keen to get themselves noticed and highlight what advantages they hold over their competitors.

This competitiveness can obviously work to the benefit of those who bet on sports. There is, of course, always some sort of promotion, such as a free bet, available when signing up to a bookmaker. These are always useful for anyone looking to maximise their profit from betting. However, one promotion offered by some bookmakers, yet often overlooked by the majority of punters, is the idea of a price boost.

What is a price boost?

A price boost is a deliberate inflation of the odds by a bookmaker. It could be based on a single event, such as a player to score a goal in a match, or for several different events, such as three specific teams to win in the latest round of Premier League fixtures. The idea is that the bookmaker will show the ‘real’ odds then give you an option of betting on ‘boosted’ odds.

How does it work?

Using UK Company Betway Sport as an example, we can see that they offer ‘Betway Boosts’ for the Premier League, as well as various other sports. On Premier League Gameweek 25, they offered a boost on Liverpool, Arsenal and West Ham to win their games Huddersfield, Swansea and Crystal Palace respectively. The ‘real’ odds for the teams were: Liverpool 1/3, Arsenal 1/2 and West Ham 21/10.

Why are boosts important?

It might be stating the obvious, but price boosts can really increase your profit margins when betting on football. As mentioned at the start of this piece, bookmakers are highly competitive when it comes to offering odds and promotions, but that is not always the case for customers. Many punters will simply not check around for the best odds or promotions, simply settling for their current bookmaker’s offerings.

Are bet boosts different from other promotions?

The thing to remember about boosted bets is that they are just like a regular betting selection, i.e. there are no hidden catches. Many bookmakers’ promotions, while generous, may carry certain stipulations, such as requiring you to turn over (re-bet) money before it can be withdrawn to your account. With a bet boost there are no such restrictions, it is simply a standard bet with increased odds. 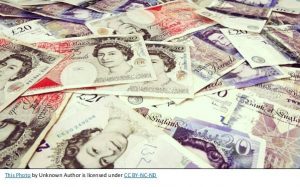 Are bet boosts only available for the Premier League?

Major UK bookmakers, like the aforementioned Betway, will offer price boosts across a whole range of sports, with everything from football to US sports to eSports included. The main thing to remember is to check out the promotions tabs on the top of your bookmaker’s homepage to see if you can get a boost for your chosen sport. It really is a no-brainer, as it does not cost the punter anything, yet increases the odds of their bet.