The First Month of FISO 7 Fantasy Football -
Skip to content

FISO 7 is FISO’s own Fantasy Football game which is free to enter and has been running now for a month (4 gameweeks). Today we take a look at the most popular fantasy picks – those footballers that are in a least 1 in 10 teams. These 12 footballers must represent value for money or obvious point scoring ability to be in at least 10% of manager’s FISO 7 teams.

Fantasy Football games are a form of low key sports betting. They allow you to follow your favourite teams and players – most games concentrate on the high profile English Premier League. A number of games, like FISO 7, are free to play and many more just cost a small amount per month or year allowing you to participate without costing the earth. Some people prefer higher stakes games and there are Fantasy Football websites that cater for this with very large winnings on offer. Many people also make the transition from fantasy games to sports betting where they bet on various outcomes from Football matches and other sports such as golf, cricket rugby and tennis. Most betting companies offer free sports bets and other incentives to new customers which adds to the enjoyment of betting on sports.

In FISO 7, the most popular player (in over 1 in 4 teams) is Kevin De Bruyne of Man City. At a cost of £12.4m he is not cheap for a midfielder and has made 3 assists for 9 points. In 2nd is Petr Cech (Arsenal’s goalkeeper) who is one of the cheaper goalies at £6.9m and has 2 clean sheets to his name (8 points). Not surprisingly Harry Kane of Tottenham is now the most popular striker and has 5 goals (including a hat-trick) and 1 assist to rack up 28 points which is the highest total from any player. He is in about 1 in 5 teams. 4th on the list is Liverpool’s Alberto Moreno who at £6.3m is quite a cheap defender known for getting forward but he’s only clocked up one clean sheet so stands on 4 points. In 5th spot (in 17% of teams) we find Romelu Lukaku, Everton’s main striker who’s been working out in the gym over the Summer and at £11.1m is showing his worth with 2 goals and 3 assists making 19 points. Next is Spurs’ Bamidele Alli who is having a breakthrough year. At just £6.6m he is freeing up spending power elsewhere and already has 1 goal to his name for 5 points. In 7th place is Ross Barkley, Everton’s midfield starlet and at £9.2m is amongst the points with 1 goal and an assist for 8 points. Now we come to Arsenal’s Alexis Sanchez who gives everything on the pitch and is popular at £13.8m. The attacker also has a goal and key contribution for 8 points and is in 16% of teams. In 9th is Wilfried Bony who is Man City’s 2nd choice striker but may now be joining 1st choice Aguero on the injury table after a hamstring injury at the weekend although will probably still be meeting up with his Ivory Coast team mates when released for International duties. Bony has a couple of goals and a KC for 13 points and is in 15% of teams. Chelsea’s Willian is also in 15% of teams and is about the club’s only player performing above expectations. His 2 assists from midfield gives him 6 points for his £8.7m. Another Chelsea player making it just into 1 in 10 teams is Cesar Azpilicueta. The Chelsea defender is priced at £7.5m and has a KC plus a clean sheet for 7 points. The final player (making it into 10.3% of teams) is recent England call-up Eric Dier. The Tottenham defender (or holding midfielder) is available for only £6.5m but so far has failed to accumulate any points due to Tottenham’s defensive frailties.

It is still early days in FISO 7 so if you fancy playing just register with FISO and then you can select your FISO 7 team. You are then in with a chance of becoming a FISO 7 winner: 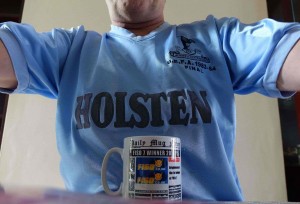