When it comes to fantasy football, you need to put plenty of focus into every player you pick, from the starting 11 to those players who will start on the bench. That’s definitely the case when it comes to selecting your goalkeeper, knowing getting it right in this area will hopefully result in a regular and impressive amount of points. Earning points for a number of factors, from saves made to goals conceded, it’s not just as simple as selecting the goalkeeper who plays for the best team in the league.

If your goalkeeper spends most games talking to members of the crowd while his team hammer a sixth goal past their opponents, he isn’t going to be bringing home the same sort of points as those keepers who are making five saves a game. And you only have to look at this year’s ratings to see just how unpredictable it is which keepers are going to be most profitable when selecting your teams at the start of the season.

There are plenty of ways to do research when it comes to picking your number-one. Say you enjoy playing pokies, players can often visit a single source for all their gaming needs. In fantasy football, though, you might have to visit a few different places in your search for the right fantasy goalkeeper. There are a number of different aspects to think about when selecting one of the most crucial pieces of your fantasy jigsaw. Here are some factors to weigh up when you’re picking your next goalkeeper.

Selection: There’s nothing worse than seeing one of your starting players on the bench in real life on a Saturday, and that’s even worse when it’s your goalkeeper. While you can’t predict a player’s loss of form, picking a goalkeeper who is the definite first choice at their club means you only really have to worry about injury keeping them out of action. It might be tough to tell whether or not a manager is going to suddenly change his mind and bring in a new goalkeeper, but in the main it’s unlikely a club’s established number one is going to be dropped out of the blue. 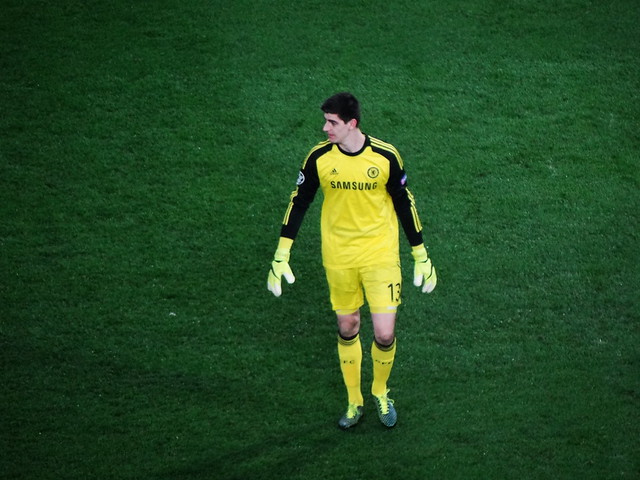 “Thibaut Courtois, Chelsea (and Belgium)” (CC BY 2.0) by Ben Sutherland

Penalty Saving: While goalkeepers are awarded a point for every three saves they make, five points are instantly rewarded for a saved penalty. This is something to consider when picking your first-choice shot-stopper. Last season saw West Ham goalkeeper Adrian join an elite group of players to have stopped three consecutive penalties, a feat Hull City’s Alan McGregor had achieved earlier in the campaign. There might be benefits to having David de Gea from Manchester United or Thibaut Courtois in your team but you have to think about how many penalties either of those two sides actually concede during a season.

Defences: Because most games aren’t going to involve a penalty, the best chance your goalkeeper has of bringing home regular points is through clean sheets. While the man between the posts has a big say in whether or not his team concede a goal during 90 minutes, the defenders in front of him could often have a bigger say. But while you want your keeper to have a defence that are going to keep him relatively protected, you want to find the balance that means your man is going to see enough action to rack up the points. This season, for example, Stoke’s Jack Butland and Watford’s Heurelho Gomes currently lead the goalkeeper points list – achieved playing for team’s that are mid-table.