Sergio Aguero is one of the greatest strikers on the planet and is a potent threat at the forefront of Manchester City’s strikeforce. Manuel Pellegrini’s side have started the season in fine form and their focal point in attack has netted one goal in their opening three matches. While this return isn’t exactly phenomenal, the Argentina striker should be given some time to adjust back to the pace of the Premier League after his Copa America duties earlier this summer.

Since his arrival back in 2011, Aguero has scored more Premier League goals than any other striker and has played a key role in City’s two title triumphs during the period. Last season, he finished as the division’s top goalscorer, netting an impressive 26 Premier League goals throughout the campaign. As City’s primary forward, he is bound to get plenty of chances playing at the top of their incredibly strong offensive unit. In fact, many will expect Aguero to fire them to fantasy football glory this season and the Argentine is selected in a high proportion of fantasy teams.

Although Aguero’s inclusion into your fantasy team will come at some cost, he is widely regarded as the best striker in the Premier League and is expected to score plenty of goals in Manchester City’s incredible attack. At the time of writing, 32Red are offering 2/1 on the Argentina international to finish as the league’s top goalscorer this season. If he manages to achieve this goal, he will certainly earn fantasy football users plenty of points throughout the course of the campaign.

Playing in front of an incredibly talented midfield unit won’t hurt Aguero’s chances of finishing as the top fantasy striker this season. The likes of David Silva, Yaya Toure and Raheem Sterling will all score goals but their link-up play in attack and ability to unlock defences and create opportunities will only bolster Aguero’s chances of scoring goals. Aguero’s ability in the penalty area is his greatest attribute but his ability to involve others in the attack will also ensure that he picks up a number of assists throughout the season as well as goals.

Wilfried Bony is City’s number two striker and, although he is a more than competent finisher, he lacks the sharpness and first touch of Aguero. City enjoy playing one-touch, flowing football and Bony isn’t really the correct mould to slot in as a permanent replacement for the Argentine. It’s more than likely that Bony will come on off the bench on a regular basis, but he won’t be playing a major role throughout the season – which only helps to support the reasons to select Aguero as your main striker.

City will win the majority of their matches this term and are among the leading candidates for the Premier League title. In fact, 32Red are currently pricing the Citizens below evens for the title. And, whilst they may not possess the same attacking talent as they did a few years ago, they are still more than capable of creating opportunities and getting in behind defensive lines. Chelsea, arguably the best defensive side in the Premier League, were put to the sword as Pellegrini’s men earned a 3-0 victory earlier this month – a result that shows their attacking prowess. 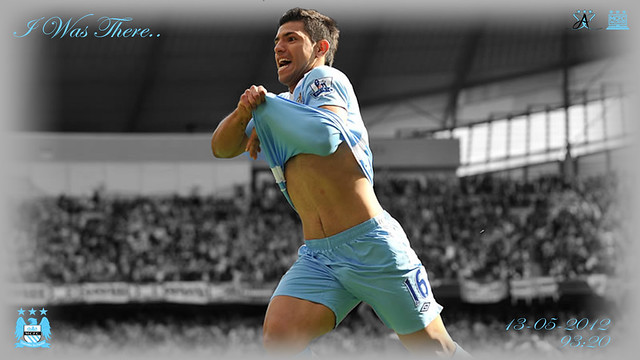 Their key offensive players will help to create chances for Aguero and, providing that he avoids serious injury, he will find his form soon enough. When that moment comes, the Premier League – and your fantasy opponents – had better watch out. The Argentine will kick on this season and those who fail to select him in fantasy football will suffer the consequences over the course of the season.

Yes, he’s expensive and yes, he’s an injury risk. However, the upsides of Aguero more than outweight the downsides of selecting him in your fantasy football team. While City’s midfielders will contribute goals, there’s no doubt that the Argentine is the main man in that attack and Pellegrini will be relying on his fellow South American to raise his game and emulate his 26 goals from last year. Although it would be unfair to expect Aguero to finish as the Premier League’s top goalscorer once again, it’s certainly fair to expect the striker to finish as the leading striker on fantasy football this season.