This Premier League season was one of the most exciting ones in recent history, with many memorable events, great successes and heartbreaks. In terms of fantasy football, it was also one of the most interesting seasons to participate in, with many outstanding individual performances from top PFL players. So, with the gameweek 38 wrap up yesterday, let’s look at the best Premier League fantasy squad for the 2018/2019 season, by each position.

The 2018/2019 season was one of the most popular seasons in terms of fantasy football, garnering a huge following and a massive player base. It was also very popular among sports bettors, with an almost record-breaking season in terms of sports betting wagers. Those who were skilful enough to find a bet365 bonus code and use it to better their online betting budget were also probably able to come about great wins and enjoy this Premier League season even more.

Even though some football fans, fantasy players and sports bettors will complain how this list excludes some quality players that have performed excellently this season, the list mainly consists out of players from two teams who have been the most dominant over this season. Going by the official stats provided by the Fantasy Premier League website, here are our picks for the Premier League fantasy team of the season. 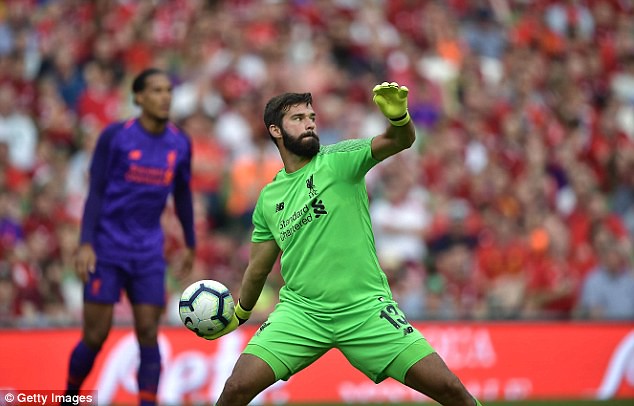 Although Alisson and Man City’s goalie Ederson were going neck and neck in the Golden Glove race for the entire season, we’ve decided for the Liverpool goalkeeper over Ederson. On many occasions, Alisson performances were the key reason for his club’s success. His amazing season was crowned with a special individual success of 21 Premier League clean sheets in one season, making him only the fifth player to do so in the highest ranked football league in England.

By many statistics, this fast-rising star playing left back for Liverpool has been showing some remarkable performances this season. Already considered as one of the best left-backs in today’s football, Robertson was a vital factor in 29 of Liverpool’s Premier League wins this season. Robertson notched up 12 assists in the Premier League this season, a record for most assists by a defender.

Complimenting Robertson from the opposite side, Alexander-Arnold had a stunning season playing the right back position. With only 20 years of age, he garnered over a dozen assists for the team and was an instrumental part, not only for their Premier League push but for the team’s success in the Champions League as well.

The Dutch centre-back was absolutely dominant all throughout the season. His fantastic performances won him the prestigious PFA Player of the Year award, ahead of a number of other players that performed excellently this year. Along with his defensive teammates, Virgil led the best defence of the 2018/2019 season, with an average of close to 0.5 goals conceded per match.

Aymeric Laporte has been one of the top FPL performers this year and an indispensable part of Man City’s defence. The centre back has been a favourite of many Fantasy Premier League players, as his style of play has allowed him to fill up the stat sheet with each passing week.

One of only two players on this list that don’t come from Liverpool or Man City, Hazard has been a massive factor for Chelsea. Although he has had a tumultuous season with the club, regarding his contract extension, Hazard performances have been near perfect, ranking among the top players in both goals and assists.

The lighting fast winger has been an unstoppable force for Liverpool this season and is already considered as a Liverpool legend just a couple of years into his tenure with the club. Playing the wing/forward position alongside Salah, Mane proved his quality night in and night out for the team, scoring 22 league goals this season, jointly winning the golden boot.

With 17 goals and 14 assists this season, Raheem Sterling has shown yet again that he is one of the best players in the league and the future of his club. Sterling had one of his best seasons to date and has been the second most popular fantasy midfield player this year, right behind Eden Hazard.

Mo Salah was the most efficient player this PFL season, with 22 goals scored. Even though this year has been a bit weaker compared to the last one when he scored 32 Premier League goals, it still proved to be more than enough to win him his second PFL Golden Boot in a row along with two other strikers. In addition to this, Mo picked up a dozen assists this year. All of this helped him come out on top as the most sought-out and most expensive fantasy Premier League player of the season.

The last-minute hero of Man City’s 2012 PFL title, Aguero is still pushing strong seven years later. He did finish the season on a bit of a low note, but overall, Sergio Aguero was yet again one of the most efficient forwards in the Premier League. An attractive and flamboyant player, he was also a very popular pick among Fantasy Premier League players this year.