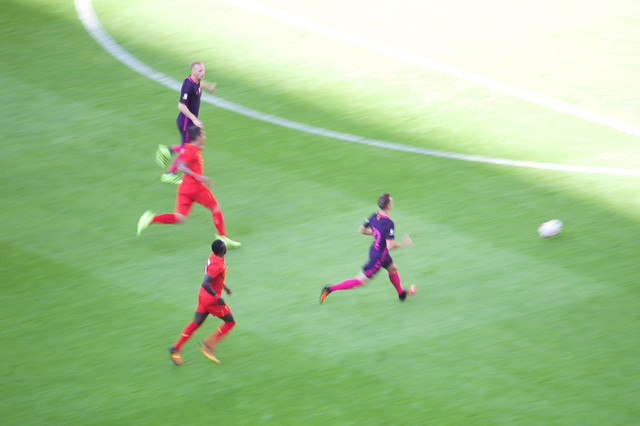 Sadio Mane has been a revelation for Liverpool since his move from Southampton in the summer. The Senegalese’s pace and aggression in the final third have added a new dimension for the Reds to mount a challenge to regain their place in the Champions League.

His form was instrumental in helping Jurgen Klopp’s men keep pace with Chelsea at the top of the Premier League, notching a club-high nine goals before he was whisked away to play in the Africa Cup of Nations in early January.

Mane’s departure coincided with Liverpool’s worst run of form in the campaign as they suffered defeats to Swansea City and Hull City, and although they claimed valuable points against Manchester United and Liverpool they lost too much ground in the race for the Premier League title to the Blues.

The 24-year-old displayed what the Reds were missing in his absence with an outstanding performance to put Tottenham Hotspur to the sword with a first-half brace at Anfield to secure the three points for Klopp’s men.

Mane could have scored more than his two strikes if not for a fine outing from Spurs keeper Hugo Lloris, making several phenomenal stops to prevent the scoreline from getting out of hand.

With the Senegalese restored in the line-up – there is no reason why Liverpool should not be able to earn a place in the top four as long as they maintain their level of performance from their victory over Mauricio Pochettino’s side.

The Reds are backed in the latest football betting odds at 4/6 to finish in the top four of the Premier League, and they along with thousands of fantasy football owners will be hopeful that the forward remains fit and firing until the end of the campaign.

Not only was Mane’s absence during January a blow to Liverpool, but also many fantasy football managers who had come to rely on the 24-year-old consistency. Despite missing four weeks of the season he remains one of the top points’ scorers in the official Premier League game.

At 132 points he trails Dele Alli, Alexis Sanchez and Eden Hazard – all of whom have played the majority of their matches for their respective clubs. This highlights the achievements thus far of the Senegalese to be such an asset to Liverpool and managers all over the world to accumulate so many points at this time in the season.

Mane does benefit from playing alongside Philippe Coutinho and Roberto Firmino, with Klopp opting to play without a recognised striker. Therefore there are a lot more opportunities in and around the box for the 24-year-old to boost his statistics.

His 11 goals and four assists rank his goal involvement above Alli, Hazard and Sergio Aguero, and if not for Lloris he could well have had several more strikes to his name to match Jermain Defoe and Harry Kane positioned on 14 goals above him.

He has been a transformational player for Liverpool and has improved his production from his previous two seasons in the Premier League. Mane is already on course to beat his 137-point performance from the 2014-15 season, and should he fire the Reds to a Champions League place he will eclipse the 162-mark set last term.

The 24-year-old has been well worth the £34m investment by the Reds and fantasy managers should also take the plunge at £9.3m – as there is plenty more to come from the Senegalese this season.