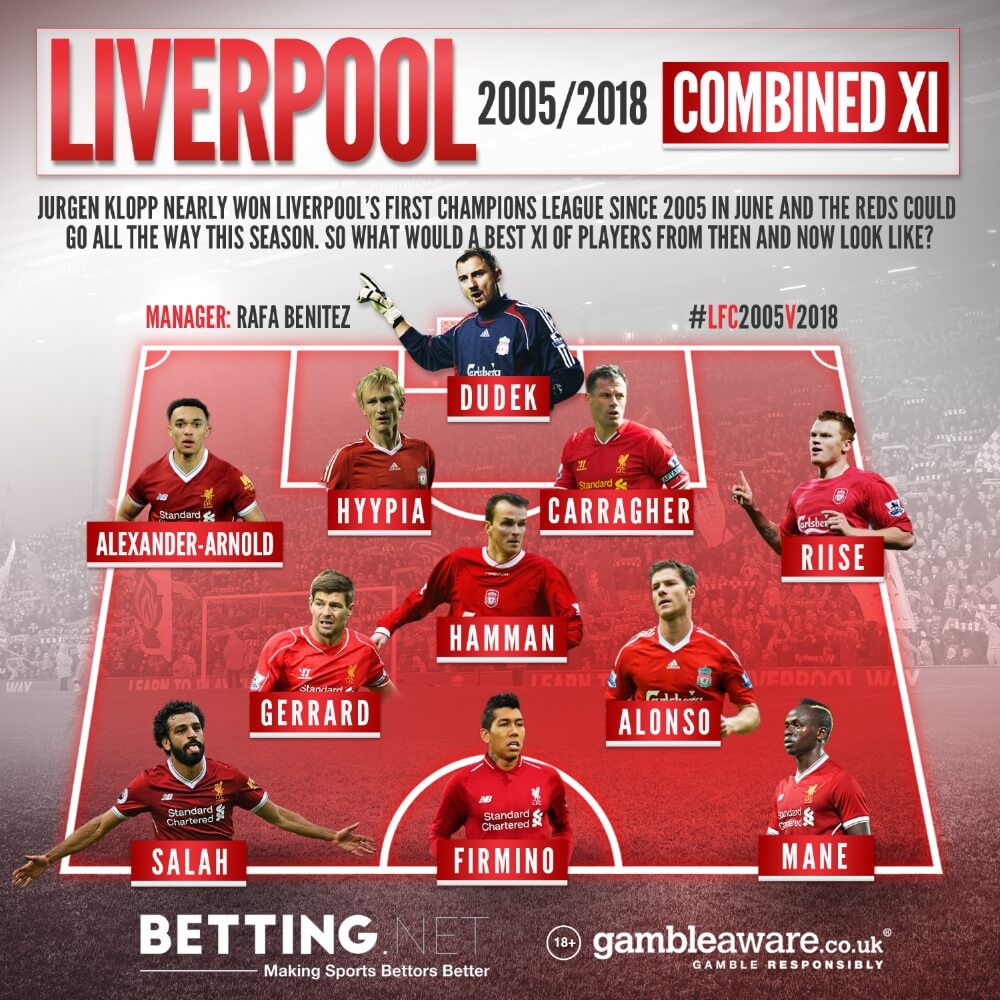 It’s easy to see why we love fantasy football – whether your team has just lost to the side bottom of the league, or your big-money goalkeeper has thrown one into his own net, fantasy football provides an escape from the drudgery of supporting an actual, perennially-disappointing club.

But it’s not always a chore to support your club. There are highs among the lows, and Liverpool experienced the highest of them all back in 2005, on that night in Istanbul. More than a decade on and it’s still one of the most incredible games of football to have been played, one that lives long in the memory of anyone who saw it regardless of club affiliation.

The Liverpool players of 2005 became heroes to their supporters, no doubt. How do they stack up to today’s crop, though? Jurgen Klopp has built a Liverpool side that looks the most likely to challenge for silverware as any since Rafa Benitez’s heyday.

Klopp’s blossoming team got Betting.net wondering – what would an XI made up of the squad that lifted the Champions League and today’s domestic and European contenders look like? It’s a different kind of fantasy football, but an intriguing one none the less.

Some of the inclusions are easy enough – the 2005 midfield of Dietmar Hamann, Xabi Alonso and Steven Gerrard is just about perfect, and so is today’s front three of Mohamed Salah, Roberto Firmino and Sadio Mane. But in defence? In goal? It’s much more debateable. Alisson could eventually surpass Jerzy Dudek, and Virgil van Dijk might out-do Sami Hyypia, but for now, the nod went to the Champions League winners.

And what about in the dugout? Klopp’s side is more exciting than Benitez’s ever was, but the Spaniard delivered trophies. Maybe in time this would be an XI dominated by current day players, with the current day coach, but for now, the 2005 vintage wins out. Either way, this team would be a contender for every trophy – the onus is on Klopp to make the fantasy a reality.