We are heading into the final few gameweeks of the season but there is still so much to play for, especially if you are in contention for any of the leagues you entered at the start of the campaign.

With clubs in the Premier League having so much riding on their games at the top and bottom ends of the table, it really is important that you study the fixtures which are remaining over the next few weeks. 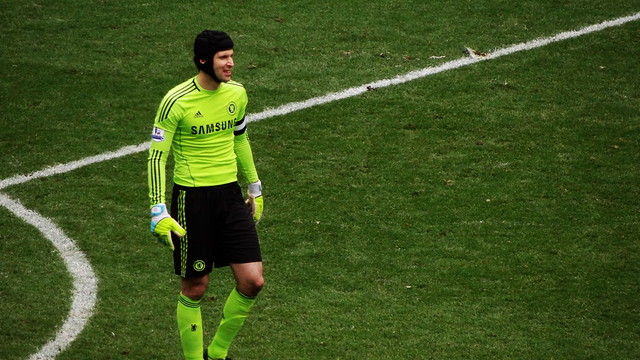 Games at this stage of the season tend to have plenty of goals in them so if you can find a goalkeeper who can provide you with a clean sheet or two, it could prove very valuable. Arsenal will be hoping to finish their campaign strongly and with games against Sunderland, Norwich and Aston Villa, you’d expect them to secure a top three spot in the table. Petr Cech (£5.8m) could be a good signing considering the games against three of the worst teams in the league. Aston Villa are already relegated and have nothing to play for, while the other two sides have struggled for goals all season.

Manchester United have recorded two clean sheets recently and although it has not been a great season for United, they have been consistently solid at the back during the campaign. Matteo Darmian (£5.4m) has returned to the starting XI following injury. The Italian is an attacking full-back so provides you with a great opportunity to pick some points up for assists and is also capable of getting on the scoresheet.
The most in form team in the Premier League at the moment is Liverpool. James Milner has particularly stood out for Jurgen Klopp’s side as he has seven assists to his name from his last few games. The Englishman costs just £6.6m which looks terrific value. Liverpool have been free scoring recently and Milner always appears to be part of the action. The Merseyside club will be keen to finish the season strongly and qualify for Europe again where they are 2/5 in the football betting for a top-six finish. Milner will also want to impress England manager Roy Hodgson ahead of Euro 2016 later this summer where he will be vying for a starting spot in the side.

With Jamie Vardy banned for the next two Premier League games, Leicester are going to need to rely on Leonardo Ulloa (£5.2m) to fill the void. The Argentine was as cool as you like when taking the penalty which provided the Foxes with a last-minute equaliser against West Ham. That was a point which could be the difference in them winning the title and completing what has been a fairytale season.

Another striker who can provide you with some valuable points at the back end of the season is Jermain Defoe (£5.2m). Despite playing in a struggling side in the 2015/16 campaign, the former England international has scored 13 Premier League goals this season. The Black Cats will be relying on the striker to do what he is good at to give some chance of avoiding relegation.