It's that time again - Royal Ascot -
Skip to content

After the 2020 edition of the Royal meeting (Britain’s most attended and most valuable race meeting) was held behind closed doors as a result of the pandemic, Ascot racecourse has announced that the 2021 edition will be open to the public, albeit in a socially distant format. The event will run from June 15th through 19th with tickets going on sale in due course and the entertainment can be enhanced via https://www.bettingroyalascot.co.uk/ The Ascot meeting prizes will be confirmed in advance of the early closing for races in April.

For the first time in history, the 2020 edition of the race worked with an extended program, to great enthusiasm of visitors and fans. Following this success, Ascot Racecourse has recently announced that HM The Queen has again graciously consented to approve the extension to seven races each day for the 2021 Royal Meeting. This means that the following races will be retained:

The Palace of Holyroodhouse Stakes

The Buckingham Palace Stakes (reinstated in 2020 and retained for 2021)

On top of these exciting additions, the naming of the Kenginston Palace Stakes, a new handicap for the Old Mile race for fillies and mares aged 4 and up, has also been met with approval by Her Majesty. Further changes to the Royal Meeting concern the elimination of the Silver versions of the Royal Hunt Cup and the Wokingham Stakes from the program.

Of course, we can’t write about the expected highlights of the Royal Meeting 2021 without mentioning the Gold Cup. Staged over an extremely challenging 2.5 miles, every edition has featured the world’s most elite long-distance horses. Last year, it was won by reigning champion Stradivarius and jockey Lanfranco Dettori for a third consecutive time. Since the Gold Cup was run at Ascot for the first time in 1807, only two other stayers have managed this feat, with one of them (Yeats at 8-years old) even making it four in a row. The now 6-year old Stradivarius will be back this summer to try and equal that record as well. 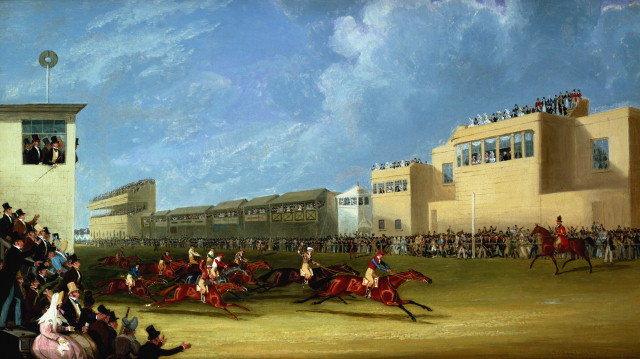 The impact of corona

As mentioned earlier, the Royal Meeting 2021 is set to be open to the public after the 2020 edition took place behind closed doors, but much uncertainty still exists in regard to the exact format. The five days of Royal Ascot in 2019 attracted nearly 300,000 visitors, but those numbers will not be reached this year. It will likely be 2022 before the extended Royal Ascot will be back to its usual attendance figures and the organisation does not expect to find out for some time how many spectators will be allowed this year. There will however be a large number of people following the action and entertainment on TV and online.