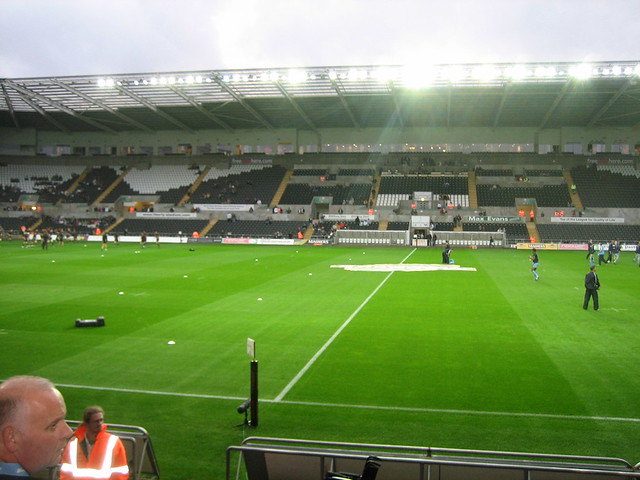 Swansea City may not have got the result they were hoping for away at Sunderland on Saturday, but a 1-1 draw at the Stadium of Light means they remain unbeaten three games into the 2015/16 Premier League campaign and have five points to their name.

Having accrued a club-record haul of 56 points last season, they will be delighted to have started brightly – with football folklore dictating that if you win your home games and pick up draws on the road, you will not go too far wrong.

It will be some achievement for Garry Monk if, in his second full season as boss, he can continue to move the club forward and re-write the history books again 12 months on from his impressive debut showing.

One area in which he will have spotted the need for obvious improvement is on the goalscoring front, with the Swans ending last term with the lowest return in the top-half of the top-tier standings – netting 46 times in 38 outings.

Having seen top marksman Wilfried Bony depart for Manchester City in January, Monk and a loyal fan base may have been slightly concerned as to where the firepower and threat in the final third of the field would come from.

They need not have worried, with a man already on their books stepping up to help fill the void.

Bafetimbi Gomis plundered six goals between the close of the winter transfer window and the end of the season in 2014/15, and he has picked up where he left off at the start of the new campaign.

A man available to fantasy premier league bosses for £7.1 million maintained his impressive record against Sunderland over the weekend as he found the target for the third game in a row – opening the scoring shortly before half-time and offering the Swans margin for error against dogged opposition.

Gomis is clearly a man brimming with confidence, and is one who should be setting lofty targets for the remainder of the campaign.

The 30-year-old broke the 20-goal barrier in all competitions during his final three seasons at Lyon, so is clearly capable of offering that kind of tally to the Swansea cause, while last year was the first in nine that he has failed to make double figures in the league – although that was partly due to limited opportunities.

That's 3 in 3 games this season for @BafGomis while he's scored 8 in his last 9 league matches. Clinical. #SUNSWA

He is now very much the main man at the Liberty Stadium and one who will have his sights set on a late charge towards a European Championship in his native France next summer.

Les Blues are well fancied by international football betting experts and observers to go well on home soil in 2016, and Gomis would relish the opportunity to play any kind of role in that quest – be that leading or support.

Didier Deschamps has selected him before, but his last outing for his country came way back in June 2013.
He has, however, netted 35 times in 88 appearances since then, is making his mark in the Premier League – a step up from Ligue 1 – and will be impossible to ignore by bosses in both the real and fantasy realms if his fine form continues – even when taking into account the fierce competition he faces with France from the likes of Olivier Giroud, Karim Benzema, Loic Remy, Andre-Pierre Gignac, Antoine Griezmann and Alexandre Lacazette.