Gameweek 13: Which players are worth your consideration? -
Skip to content 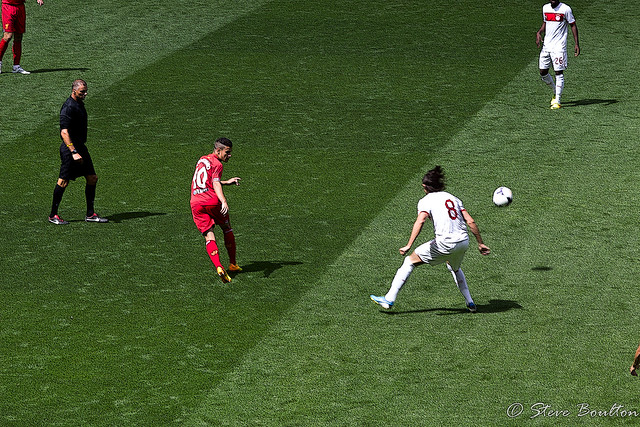 “Coutinho in action for Liverpool” (CC by 4.0) by Steve Boulton

After a low-scoring gameweek 12, in which the point average in the official Fantasy game stood at a mere 40 points, we now have another interesting Premier League weekend to look forward to. As several clubs took care of European duties this week, which always brings up the deservedly feared rotation risk in the Fantasy community, we’ll have a look at a few players who might be raking in the points coming weekend. If after setting up your Fantasy Football team for the weekend you’re considering where to place your bets then find the best online sportsbook on Casino Papa’s sportsbook reviews.

Defenders
When speaking about defenders naturally we need to mention Chelsea first. The Blues recorded their sixth win and their sixth clean sheet in a row last weekend with a hardfought victory away at Boro. This weekend they’re facing a Spurs side that has been energised by the return of Harry Kane, but nonetheless the Chelsea defenders are worth having a look at. Players like Marcos Alonso, his wingback counterpart, Moses, and central defender Cahill (serious setpiece threat!) might be enjoying decent returns at Stamford Bridge on Saturday.

Virgil van Dijk and Southampton will be welcoming an Everton side that has been a bit inconsistent of late. Despite the presence of Lukaku, Barkley and Bolasie the goals haven’t been flowing, and don’t count on it to be a festival when Van Dijk steps up. In London, Arsenal are hosting a Bournemouth outfit that have only scored four goals away from home this season. Koscielny and Monreal are solid premium picks, while Carl Jenkinson could be a more budget-friendly short-term pick as he replaces the injured Bellerín.

Midfielders
In midfield the Gunners could be due some points as well, with Alexis and, to a lesser extent this season in terms of fantasy points, Ozil the usual suspects. Don’t overlook the potential of players like Walcott, whose terrific run early in the season seems to have calmed down a bit, and Aaron Ramsey, who seems to be battling with Iwobi for a starting berth. Meanwhile at Old Trafford on Sunday Mata could be a differential after his valuable goal against Arsenal last weekend. With West Ham defending this week, he’ll be looking to add to his tally with either a goal or an assist.

The sure pick in midfield this weekend though, looks to be any of those in the Liverpool starting line-up. Coutinho is fully match fit again and the most-owned midfielder of the official game at this moment will surely look to score against a fragile Sunderland defence. Sadio Mané and Firmino come recommended as well, while midfielder-turned-leftback James Milner is on penalty duties for the Reds.

Attackers
We open with Diego Costa. He’s the current topscorer and a certainty in Antonio Conte’s pressing machine called Chelsea. It’s true that he’s on four yellow cards as we speak, meaning a next yellow equals a one match ban, but we’re prepared to look past that. If there’s one man who could break down the Spurs defense, it’s the Spanish striker-in-form, so if you’ve got the means, put him at the top of your list.

We briefly mentioned Everton’s recent inconsistency and despite not letting in boat loads of goals either, their defence is far from a clean sheet certainty of late. Facing Southampton’s Charlie Austin makes us think that the Toffees might have to wait another week for their next clean sheet. Elsewhere Hull are hosting a West Brom side that put on something of a football show last weekend by beating Burnley by 4 to none. If they’re to have any hope of staying in the Prem, Hull will have to look for the three points here and WBA‘s Rondón might just be the man to benefit from this necessity. Keep an eye on him.