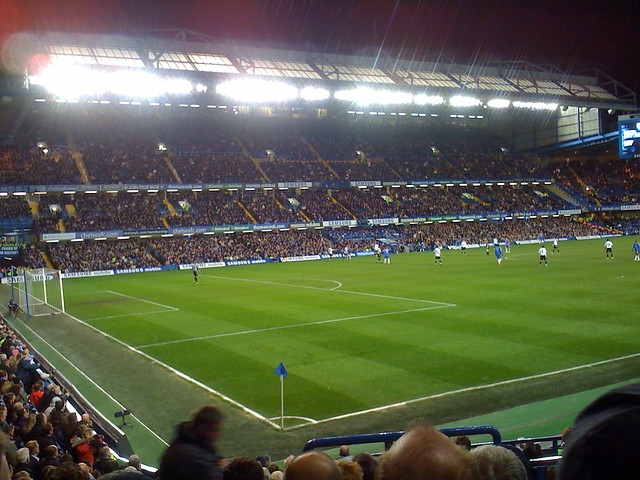 If we were to tell you that there exists a team, anywhere on the planet, that has won the last five games in its league, that has scored 16 and conceded exactly 0 goals during that run, and includes the league’s topscorer, what would you, as an ambitious Fantasy manager, think? Right, you’d be interested, to say the least. Well, that’s why if you haven’t jumped on the Chelsea bandwagon yet, it might be time to start considering doing so.

Chelsea probably played some really easy opponents lately…
Wrong. Conte’s men did not go on a five-match rampage during a soft spot in their fixtures schedule, quite the contrary. They beat Hull and Southampton away from home, while Leicester, Man United and Everton left Stamford Bridge without points and without having scored a single goal. Like we said, not the easiest opposition by a long shot. But if online pokies is more your thing then by visiting this website you can find what you’re looking for.

Looking forward, Chelsea’s fixtures do not look too unfavourable either, especially not if they can keep their current momentum going. An international break always causes some uncertainty amongst most of us, but the Blues kick off with an away game at Boro. Based on the most recent performances, we don’t see why that should not be another three points in the bag for Chelsea (and likely another clean sheet, as well).

After that come two tricky fixtures, versus Spurs at home and Manchester City away, but Chelsea are favourites for the first one and in their current form at least an equal to City. After those two games it’s relatively smooth sailing in terms of fixtures for the Blues until the New Year, with fixtures including home games against West Brom and Bournemouth, and an away game with Sunderland. In other words, if you’re a manager who thinks in the medium and long-term as well, you should definitely have a look at the Blues.

So who should I pick then?

That’s probably the key question for all Fantasy managers, every weekend. Antonio Conte’s Chelsea had a bit of a patchy start to the current season as the Italian coach was still experimenting with his formation a bit. It looks like he finally found his ideal line-up about six weeks ago, after changing to a 3-4-3 formation, resulting in the aforementioned impressive run of victories. And what’s extra interesting for Fantasy managers, Conte is known to stick to a winning formula, something he proved extensively at Juventus and the Italian national team.

Defensively, the Blues have been the most outstanding team in the Premier League over the past five weeks, which makes their defenders prime targets for Fantasy squads. The premium pricing of their players might discourage a few of us, but overall the prospects are good. Thibaut Courtois seems virtually unbeatable in goal lately, while wing-back Marcos Alonso has settled nicely into the squad as a left-wing back, resulting in a 13-point haul in gameweek 11.

In midfield, Chelsea has the luxury of Eden Hazard. When the Belgian playmaker is out of shape, you might as well leave him home, but when he is in shape, he is probably one of the best five players in the world. And currently, he is in shape. With two goals and an assist against Everton in week 11 he earned himself 19 points in the official Fantasy game, and we don’t see why he won’t continue to deliver the goods in the coming weeks.

In attack, there is Diego Costa. Annoying most of the times and worthy of a red card more times than Abramovich would like to see, but also the league’s topscorer, and quite simply one of the most complete strikers in the game today. It looks like Conte knows how to manage the Spaniard’s explosive character, and he’s busy forming one of the league’s most deadly partnerships with Eden Hazard. Do not forget about Pedro either, though. He is cheaper than Costa in the official game, and with two goals and four assists in his last four games, he’s definitely worth considering. Oh, and he’s listed as a midfielder in the official game…