Gameweek 12: Some time to reflect before transferring -
Skip to content 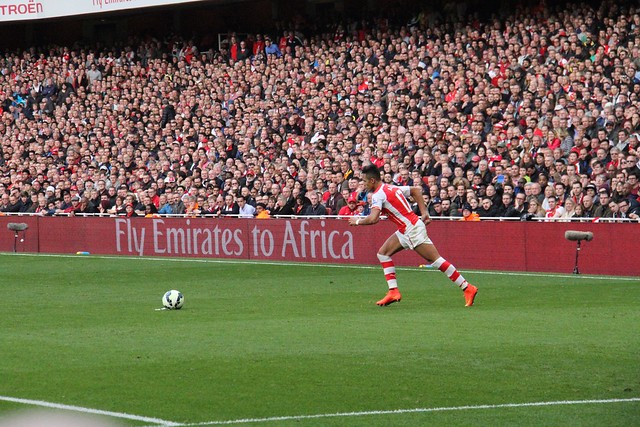 “Alexis taking a free-kick for the Gunners” (CC by 4.0) by Ronnie MacDonald

After a pretty spectacular 11th gameweek, which included Chelsea’s 5-0 demolition of Everton and Liverpool’s 6-1 thrashing of Watford, we now have an international break to cool down, reflect on the Premier Leauge so far, and ponder our tactical decisions for gameweek 12. Contrary to what most Fantasy Managers had probably expected, Liverpool went into the break as the proud leader in the Premier League, followed by Chelsea, and then City, Arsenal and the Spurs. Our review of where they each stand is below for you to read unless you want to spend your evening having a play at online casinos?

As leaders, Liverpool deserve a mention first. The side has been transformed under Jurgen Klopp, and despite showing some initial signs of inconsistency at the start of the season (the 2-0 home defeat to Burnley stood out), it seems that the Reds will finally be competing for the title from beginning to end this year. They are not the best when it comes to clean sheets although it is something they want to improve on, but their high energy football in combination with the wealth of attacking creativity in the squad makes them a serious contender. Coutinho, Firmino, and Mané immediately come to mind, but players like Lallana and Milner are also worth considering. The latter is actually on penalty duties for the Reds, and a whole lot cheaper than the rest.

Chelsea’s football can be labeled “high energy” as well, but in a whole different way. It seems that, with the new 3-4-3 formation, Antonio Conte has hit a sweet spot in the squad, resulting in an impressive run of 5 victories during which the Blues scored 16 and fished exactly zero balls out of their own net. The stars in attack are Diego Costa, the current topscorer, and Eden Hazard, who’s been returning points consistently over the past four games (49, to be exact), but the defense is what makes Chelsea stand out. Azpilicueta and Cahill are fixed names in Conte’s squad, while wingback Alonso has settled well into the team as well. Despite their premium pricing, you’ll probably want one of them in your Fantasy team for the coming weeks.

So what about the other title contenders?

Man City boast two of the most talented players in the league with the likes of Aguero and De Bruyne, but both have been a bit inconsistent so far in terms delivering points every week. Nevertheless though, you should probably have at least one of the two in your team, even if it were just for their explosive potential.

For Arsenal, Alexis Sanchez is the usual suspect, and the most popular pick amongst Arsenal players in the official game. He’s pretty much fixture proof, and with Walcott’s run of form seemingly having come to an end, he seems the only attacking option in the Arsenal outfit, together with Mesut Özil. The Gunners are capable of the occasional clean sheet, but we feel that currently the price of their defenders is a bit too high.

Tottenham have drawn the last four games in the Premier League, which has caused their drop to fifth place in the table. Though Spurs did not play bad football during that run (they rarely do) they did have a problem scoring, netting only 3 goals, against three teams from the lower half of the table. In that sense the return of Harry Kane from injury could be just what they need, and it might be worth keeping an eye on the young Englishman for your Fantasy team. He is, after all, the only player to score more than 20 goals in the past two seasons of the Premier League.

Lastly, Manchester United. The Red Devils hadn’t won a game since gameweek 6, when they beat the reigning champions and it seemed like Mourinho’s men were the favorites for the title, together with Pep’s City. A bit more than a month later they are positioned at sixth in the league though, and it looks like Mourinho still has not found his ideal tactic and line-up. Rotation risk is high in this United team, though Zlatan Ibrahimovic is a certainty. To start that is, because the Swede has been stingy with the goals lately. Gameweek 11 saw him scoring his first goals since gameweek 4, against a struggling Swansea, so we hope he’s off the mark again now. We’ll have to wait a bit longer to see though, as the big man picked up his fifth yellow of the (early) season already, which leaves him out of the squad for the coming home game against Arsenal. Our recommendation: careful with United for now.