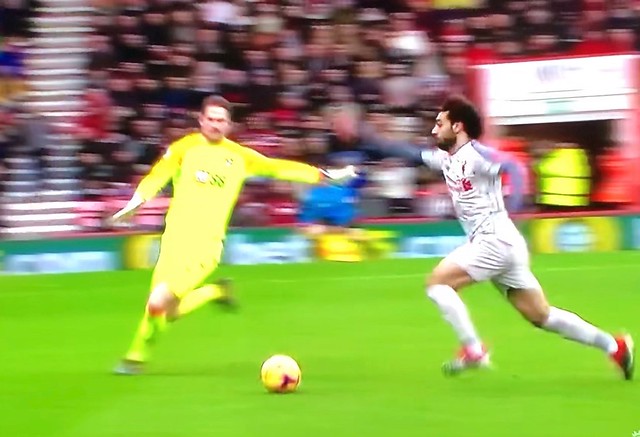 Bar the happy 38.5% of FPL managers who had Liverpool’s Mo Salah in their teams for gameweek 16, the last round of Premier League football was one to forget for most. In FPL terms that is because, in non-Fantasy football terms, gameweek was more than exciting. Man City lost their unbeaten status to a Chelsea side that recovered admirably from the disheartening defeat against Wolves a few days earlier, which gave Liverpool the chance to go top of the league. After a period of 11 days in which we saw three gameweeks, thirty games, and a LOT of rotational heartache among FPL managers, most teams (apart from those playing in Europe this week) have a week to prepare for gameweek 17. The festivities continue…

Some observations ahead of gameweek 17
During the week build-up to gameweek 17, the final rounds of the group stages in the Champions League will be played. On Tuesday night, both Spurs and Liverpool qualified for the knock-out stage by drawing away at Barcelona (with a late Lucas Moura goal after a cross from Harry Kane) and winning at home to Napoli (with a cheeky goal from that man Salah), respectively. On Wednesday night, Man City beat German side Hoffenheim 2-1 thanks to two excellent goals from Sane, while their red city rivals Man Utd are lost by the same score to a Valencia side in disarray and only scored in the last 10 minutes thanks to a Marcus Rashford header. Both teams had already qualified for the Champions League’s round of 16, but the battle for first place in the group was still on.

This (Thursday) evening , Arsenal and Chelsea are playing their last games in the Europa League group stage. The situation for both of these teams is a bit different in comparison to that of their colleagues in the Champions League, as both teams have already secured a spot in the Europa League knock-out stage as the winners in their respective groups. Chelsea will be visiting Hungarian outfit Vidi FC, while Arsenal are welcoming Qarabag FK from Azerbaijan to the Emirates. Again, do keep an eye on how the London powerhouses line up for these games, but expect a considerable number of key players to be rested in preparation for gameweek 17 in the Prem.

Despite lining up at home against Fulham last round, few people will have considered the game a shoe-in for Manchester United, especially when it was confirmed that star performer Anthony Martial would be missing the game. What followed though, was a more than decent display against an, admittedly, impotent Fulham, resulting in a 4-1 victory for the Red Devils. Marcus Rashford started on the right wing and repaid his manager’s faith in him with a goal and an assist and an overall impressive performance. From an FPL point of view though, the United squad remains something of a mixed bag, with Mourinho’s uncanny ability to seemingly cause dressing room disharmony wherever he goes. Paul Pogba, for example, remained on the bench for 90 minutes due to no other apparent reason than the manager’s choice.

In London then, Chelsea hosted rampant reigning champions Man City. The Blues had suffered something of a shock defeat away to Wolves a round before that and hopes for something of a result against City were low. Coach Maurizio Sarri, who is known to tinker very little with his starting eleven, somewhat surprised us as he left Giroud on the bench and Morata at home in order to have Eden Hazard play in a false-nine position. Likewise Man City started without Aguero or Jesus up front. Sarri’s approach worked though, as the Blues went on to beat City 2-0, the first Premier League defeat for Pep Guardiola’s men this campaign. While City dominated large parts of the match particularly in the first half, Chelsea’s backline operated as one and the Blues attack was effective on the counter, with Hazard at the centre of almost everything. If this match has shown us anything, it’s that the 2018-19 title race could well be very tight until the very end.

Premium picks
This gameweek, the Premier League’s top 3 are playing home games, so we’re selecting what we expect to be a main man in each of the encounters, starting with Man City’s Raheem Sterling (£11.6m). Despite playing 90 minutes and bringing in just two points for his owners in gameweek 16 when he played as the centre-forward against Chelsea, the young Englishman is primed to feature and shine against Everton this weekend. He wasn’t however rested against Hoffenheim on Wednesday night but he did sit out 90 minutes in gameweek 15, so he’ll hopefully be back to his usual, goalscoring ways on Saturday. Sterling’s 8 goals and 7 assists in the league so far make him the second-highest scoring player in FPL (106 points), just 5 points behind Mo Salah. Of course, rotation is always a risk when it comes to Guardiola, but Sterling hopefully will be a pretty safe bet.

Spoiler alert: we’ll be recommending Harry Kane as one of our captaincy options for gameweek 17 a bit later on in this article, so we’re going with Christian Eriksen (£9.3m) for our second premium pick for this week. The reason we want to include both Spurs stars this week, is that they are hosting Burnley on Saturday. Mind you, that’s not last season’s rock-solid, hard-to-break-down Burnley, but this season’s Burnley who have scored just six goals in eight on the road while conceding 17. Five of their away games ended in defeat and no team in the elite division has allowed more shots per game than the Clarets (20.7 on average). Eriksen’s 23-minute cameo off the bench last gameweek was disappointing, but the Danish playmaker provided 4 assists and a total of 22 FPL points in the three games preceding gameweek 16. He did complete the intense 90 minutes at Camp Nou yesterday night, so there is a slight chance of rotation again, but it’s likely Pocchetino will start him against Burnley.

Finally, current league leaders Liverpool are playing at home as well, though their guests are of a different calibre than Burnley or even Everton. The final game on Sunday will see Liverpool host bitter rivals Man United, which sounds more than promising. After his fantastic hat-trick away against in-form Bournemouth in gameweek 16 and his crucial goal in the 1-0 victory over Napoli on Tuesday night, there’s no getting around Mo Salah (£13.0m). The Egyptian wizard has been good all season, but it seems like he’s taken the festive period to work back to his record-beating best. He’s scored five goals and provided one assist over the last five gameweeks, bringing his total for the 2018-19 campaign to 10 goals and 5 assists in 16 games. His goal last night sent Liverpool through to the Champions League knock-out stage, while Chelsea’s victory over City in gameweek 16 meant that Liverpool took over from City as leaders in the league after beating Bournemouth 0-4 themselves. These are good times for Salah and Liverpool.

A differential or two
There will have been a lot of sad faces as well as a few full-blown panic attacks among West Ham supporters when club talisman Marko Arnautovic announced he would be out injured for about a month after limping off in gameweek 15. Fortunately for the Hammers, Chicharito (£6.4m) stepped up immediately. The Mexican poacher already made the most of his first 90 minutes of Premier League football in gameweek 14 by scoring a brace against Newcastle, followed by a disappointing 2-pointer at home to Cardiff and a stellar performance versus Palace last gameweek (1 goal, 1 assist, 9 FPL points). He seems to thrive in Manuel Pellegrini’s preferred 4-4-2 formation, and with Fulham, Watford, and Southampton up next, Chicharito is bound to bag a few more goals.

Up until a few days ago, we would have recommended Huddersfield’s Aaron Mooy as our second differential pick of the week, but the Australian playmaker unfortunately suffered an injury that will see him out of action for the foreseeable future. This is a considerable blow to David Wagner and his Huddersfield, for whom Mooy is often the best man on the pitch. Terriers fans will now be hoping that another one of their creative thinkers will step up and provide the much-needed supply up front. Alex Pritchard (£4.8m) is a nailed-on starter for David Wagner and the importance of his role in the team will only grow in the absence of Mooy. Huddersfield are, as we know by now, the least productive outfit in the Premier League in terms of goals, but their upcoming fixture list presents plenty of opportunities to improve on that front. With home games against Newcastle, Southampton, and Burnley coming up over the next six gameweeks, as well as away games versus Cardiff and Fulham, Pritchard might well prove to be a differential for those willing to take a punt. His 11 shots over the past four gameweeks rank him fourth among all midfielders in FPL, while upcoming opponent Newcastle are among the worst teams in the league when it comes to shots conceded (234).

If you’d like to see more suggestions on who to bring into your team for GW17 then head over to the fiso forum’s GW17 transfers topic.

The captaincy
As mentioned earlier, our first recommendation for the armband this week is Tottenham’s very own Harry Kane (£12.5m). At home to an out of sorts Burnley it’s hard to imagine Kane not getting on the score sheet. Only Fulham (40) have conceded more goals than Burnley (32) this season, while Spurs have scored 11 in 6 home games. As far as Kane goes, the English striker has had 27 shots on target, a total only equalled by Mo Salah, with just over half of his efforts ending up between the woodwork. His 16-minute cameo against Leicester in gameweek 16 was a kick to the gut for many FPL managers, but he recorded attacking returns five weeks in a row before that (4 goals, 2 assists, 36 FPL points). Harry played 90 minutes against Barcelona on Tuesday, providing the assist for Moura’s goal in the 85th minute, so there is a small chance his time might be managed against Burnley. Still, considering he was largely rested in gameweek 16, it’s probably safe to captain him this weekend.

Our second captaincy pick for gameweek 17 is Pierre-Emerick Aubameyang (£11.5m), who’ll be facing Southampton at Saint Mary’s on Sunday. Arsenal’s productivity at home against Huddersfield in gameweek 16 was disappointing, to say the least. Where many expected a goal bonanza, the Gunners struggled to break down the well-organised Terriers. The eventual only goal of the game fell in the 83rd minute, as good work by Aubameyang allowed for an acrobatic finish by Torreira. The Gabonese striker completed the 90 minutes against Huddersfield, but he’s expected to be rested for Arsenal’s home game against Qarabag FK on Thursday. Understandable, as his 10 goals and 4 assists in just 1210 minutes of Premier League football make him the highest-scoring striker in FPL at the moment (98 FPL points). Southampton has conceded 10 goals in seven home games, while Arsenal have been scoring more or less for fun in away games (18 goals in 7 games), so Aubameyang could be in for a big haul this weekend.

Not surprisingly Harry Kane is leading the fiso forum GW17 Captain Poll with currently 72% of the vote. Aubameyang follows with 10%, Sterling 6% and Hazard 5%.