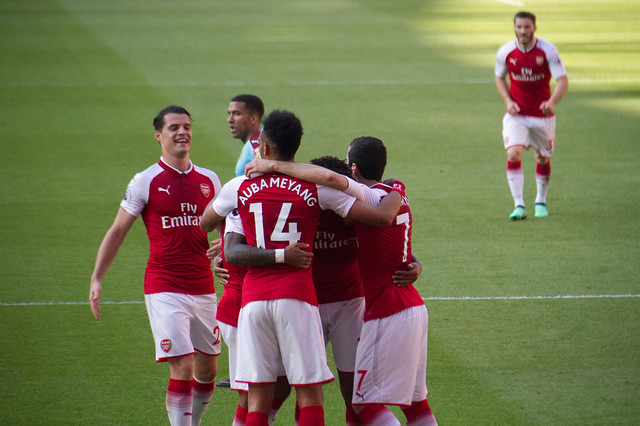 December has arrived, and the games are going to be coming in thick and fast in the Premier League for about a month. Counting gameweek 14, there are going to be eight Premier League gameweeks between November 30th, 2018, and January 3rd, 2019, which means 8 games in 34 days. Gameweek 15’s deadline is tomorrow evening, while the next deadline is just 4 days later. As usual, the festive period is the busiest, with gameweeks 18 to 21 taking place in a space of just 13 days (December 21st to January 3rd). The bad news? Fatigue, injuries, (extreme) rotation. The good news? All of your FPL rivals face the same issue. Our advice? Invest in nailed-on starters and have a bench you can count on. And if you’re still hanging on to your wildcard, use it!

Looking back at the outcome from our Gameweek 14 preview:

Some observations ahead of gameweek 15

After Leicester’s historical title-winning season, we all knew it was a question of time before Riyad Mahrez would be joining one of football’s elite outfits. The Algerian technician ended up staying for one more year before joining reigning champions Man City, which begged the question: “How are the Foxes going to compensate for the loss of creativity, creation, goals, and assists caused by his transfer?”. The answer? James Maddison. The now 22-year old attacking midfielder has the age, the qualities, and the mentality to make it big, not just at Leicester, but in European football. You just need to check out his goal versus Burnley last weekend as proof, especially considering he had just served a one-match ban for diving. The English youngster apologised publicly and subsequently rewarded his FPL owners with 8 points. He let his feet do the talking and his owners will get a lot more out of him this season (4 goals and 2 assists currently).

Meanwhile, Pep Guardiola started FPL’s mass rotation anxiety off in style by leaving both the in-form David Silva and the slightly muscular issued Kun Aguero out of the starting line-up against Bournemouth on Saturday. Aguero’s omission in particular has had a profound effect on FPL scores, considering his ownership currently stands at 46.7%. On top of the coming crowded Premier League schedule, Man City still have a Champions League group game to go (Hoffenheim on December 12th), as well as a League Cup quarter final (Leicester on December 18th). Despite the number of injuries the Cityzens are dealing with at the moment (De Bruyne, Aguero and Mendy among them), they still have enough squad depth to drive FPL managers crazy. We’re not saying not to invest in City assets (you really, really should), but just be ready for that all-too-familiar feeling of rotation-related disappointment here and there, from time to time.

At the bottom of the league, things have been shifting a lot over the past few weeks, with most of this season’s initial ugly ducklings improving on their performances and scraping points to get away from the drop zone. One team going in the other direction though, is Burnley. Sean Dyche’s men have had a pretty disappointing season from the start, but the Clarets have officially dropped into the relegation zone after last weekend’s defeat against Crystal Palace. The Eagles hadn’t won a home game up until that point, in part due to their seeming inability to score goals. Burnley conceded two though, including a fantastic one by Andros Townsend, making it an unacceptable 2 points from the last 7 games (4 goals scored, 19 conceded). It looks like Sean Dyche has the difficult task of preventing his team from becoming the Premier League’s next whipping boys and with Liverpool, Tottenham, Arsenal and Everton coming up in the next five gameweeks, few managers will be envying him at the moment.

Between gameweeks 1 and 6, Christian Eriksen (£9.2m) produced just two assists and 19 FPL points for his owners as he shared in Tottenham’s overall underwhelming start to the 2018-19 campaign. Then, between gameweeks 7 and 12, the Danish playmaker played just 41 minutes of Premier League football due to an annoying stomach injury, but it looks like he has returned in full form. After providing two assists in the home game against Chelsea and scoring the only and thus winning goal in the crucial home encounter with Inter Milan last Wednesday, Eriksen gave another assist in gameweek 14’s away defeat to Arsenal. With a relatively comfortable fixture schedule for Spurs over the coming months, now could be a good moment to start considering snapping up the Dane at his current price. He’s got the fixtures, the form and the starting berth in the first eleven, so without trying to sound too bandwagon-y, you should probably get onto this one.

With 21 points from the last four gameweeks and a current ownership percentage of 22.2%, it’s hard to call Marko Arnautovic (£7.1m) a differential, which means we’re including him as one of our premium picks this week. The Austrian hitman simply looks excellent value in a team with a lot of potential. True, the Hammers have been somewhat inconsistent over the opening months of the 18-19 season, but Arnie’s role as supplier of goals and team talisman hasn’t changed once. He’s got 5 goals and 3 assists to his name already, with a total of 59 FPL points to show for it. Combine this with West Ham’s scrumptious-looking upcoming fixture schedule, including Cardiff, Palace and Watford at home in the coming 4 gameweeks, and the Austrian’s current price tag kind of looks like one of the bargains of the moment.

Our final premium pick this week is another striker, namely Leicester’s Jamie Vardy (£8.9m). It’s true that Vardy is something of a personal FPL favourite, but the case for him is more compelling than his current ownership percentage might suggest. Between gameweeks 8 and 12, the English striker went through a very unproductive period, FPL-wise, due to a 3-match ban, some injury worries, and an apparent spat with his coach. All that seems to be water under the bridge now though, as Vardy has scored in both gameweek 13 and 14, with 16 FPL points as a result. When fit, he is a guaranteed starter for Leicester, something we don’t feel will change much over the festive period, and with (away) games versus Fulham and Palace coming up in the next three, he looks set to bring more joy to his owners (current ownership of 4.5%), assuming he gets over the slight muscle injury he currently has.

It sounds almost too good to be true to hear talk about an attacking midfielder in FPL who is currently the fifth-highest scoring midfielder in the game while boasting a £7.4m price tag and an ownership of just 8.1%. Well, that’s Everton’s Gylfi Sigurdsson (£7.4m) for you. The Icelandic playmaker has been quietly going on about his business under Marco Silva, cementing a central attacking role in a constantly improving Everton side. He scored twice and assisted once over the past five gameweeks, raking in 29 points in the process, while his current season totals stand at 6 goals scored, 2 assists provided, and 74 FPL points brought home for his owners. From Everton’s last 9 games, the Toffees have only lost three (against Liverpool, Man United, and Arsenal), while winning five and drawing 0-0 at Stamford Bridge. With home games against Newcastle and Watford coming up in gameweeks 15 and 16 respectively, both Everton in general and Sigurdsson in particular could be thriving.

Our second differential pick of the week has a story that is somewhat similar to Sigurdsson’s. Brighton’s Glenn Murray (£6.7m) was surprisingly left out of the starting eleven against Huddersfield on Saturday, but he’s expected to start against Palace at home this week on Tuesday. The 35-year old poacher is the eight-highest scoring forward in the game, currently outscoring Arnautovic, Firmino and Lukaku, just to name a few, while Raul Jimenez and Aleksandr Mitrovic are the only forwards in the top ten with a lower price tag. He has scored two goals in his last five games, and seven in total this season, with 60 FPL points as a result. That leads to a points per million (of his price) ratio of 9, which is amongst the highest PPM ratios in the game. Brighton are facing arch rivals Palace at home next before travelling to Burnley in gameweek 16 and Murray could net in both, to be honest.

For further ideas about transfers into your squad for gameweek 15 have a look at that topic on the fiso forum.

For a long time this season, Harry Kane (£12.4m) has seemed affected by his excellent World Cup exertions, like much of the Spurs squad perhaps, making his hefty price tag seems a little too hefty. Over the past month or so though, Tottenham’s very own has been on a roll again, scoring 3 goals and providing 1 assist in his last four Premier League games, including two strikes against Arsenal and Chelsea. Kane has scored 29 times in each of his last two seasons in the Prem, and 25 in the season before that, so the FPL pedigree is definitely present, we all know that. Now that he’s started to justify his £12.4m price tag and with a favourable run of fixtures coming up for Spurs, starting with a mid-week game at home to managerless Southampton, he should be on top of your transfer list as well as your captaincy list for this week.

It would make for somewhat more surprising reading if we would say that our second captaincy pick of the week is an exciting differential or a risky punt with huge points potential, but Callum Wilson (£6.8m) is neither of those things. What he is, is one of this season’s best players, one of the most consistent performer, and a player who has grown into a realistic candidate for the captaincy on an almost-weekly basis. The Bournemouth striker has an impressive 7 goals and 7 assists to his name so far, in just 14 gameweeks, which has resulted in a total of 80 FPL points. Only Aubameyang (91) and Aguero (82) have more points among forwards, but Wilson is £4.2m and £4.6m cheaper respectively. That’s incredible value right there. He’s facing Huddersfield at home this week and despite the Terriers recent mini resurgence, you’d bet on Wilson bagging a goal or two in front of his own fans.

Don’t like our suggestions? Then head over the fiso forum GW15 Captain Poll. Not surprisingly, Kane is currently leading the way with 48% of the vote, followed by Salah with 23% and then both Arnautovic and Sterling on 10% each.