FPL Pre-season: Premier League talent at the 2017 European U21 Championship -
Skip to content 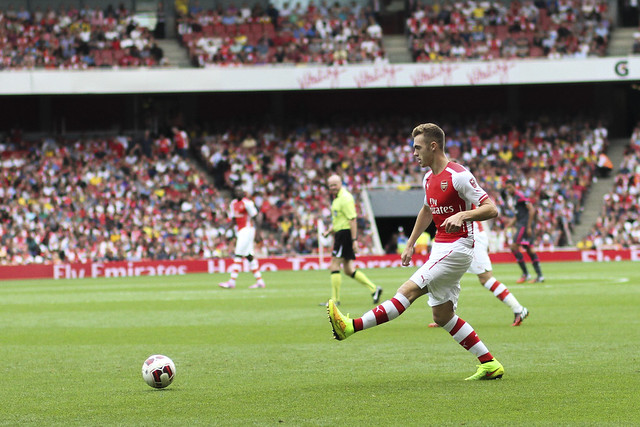 “Boro (on loan from Arsenal) and England U21 centre back Calum Chambers” (CC by 4.0) by Kieran Clarke

By now it has been almost two months since Chelsea clinched the sixth English title in their history. With the 2016-2017 season ending not long after and the 2017-2018 season only kicking off on August 12th that means a Fantasy Premier League-less period of almost three months, and we’re currently right in the middle of it. No reason for despair though, as there is still plenty of football to be followed during the summer, starting with the European Under-21 Championship held in Poland at the end of last month. Let’s take a look at some of the biggest talents from the tournament who will also be looking to shine in the Premiership this coming season. For more guidance you could also look at Bethut’s offering of tips and predictions.

Jordan Pickford – Goalkeeper, England u21 and Everton
Besides veteran striker Jermain Defoe and Gabonese newcomer Didier N’Dong, Jordan Pickford was probably the only regular quality player in an otherwise largely disappointing and lackluster Sunderland side last year. Despite a leaky defense the now 23-year old goalie showed why he is considered such a talent on a weekly basis with the Black Cats, resulting in Everton’s Ronald Koeman converting him into history’s third-most expensive goalkeeper soon after the season finished. Pickford’s reflexes, coaching and composure are top class, and for a goalkeeper the age of 23 is usually just the very beginning. With Koeman being known for creating defensively solid teams and his ability to further develop young talent, Jordan Pickford is one to keep an eye on next season.

Marko Grujic – Central midfielder, Serbia U21 and Liverpool
Hopes were high at Anfield when 19-year old Serbian midfielder Marko Grujic was signed from Red Star Belgrade for 5 million GBP during the 2015-2016 January transfer window. For the sake of his development he was immediately loaned back to the Serbian outfit for the remainder of the season. However a six-month absence as the result of a serious hamstring injury ruined most of the youngster’s 2016-2017 season, and he will enter this year’s pre-season preparation with just eight appearances for the Reds under his belt because of it. With Liverpool rejecting loan offers for the midfielder though, and with Jurgen Klopp’s men competing on four fronts in the coming season, it seems that Grujic is part of the German’s plans for next season. He’s still young and he’s reaching an age now where he needs to make minutes on the pitch, a lot of them. If that can happen at Liverpool (or possibly as a loanee at another PL club) then Grujic is a target to track for Fantasy managers.

Alfie Mawson – Central defender, England U21 and Swansea
With the likes of Demarai Gray, Nathaniel Chalobah and Tammy Abrahams all providing an abundance of attacking talent that’s more than worth elaborating on in this article, the third mentioning goes to 23-year old Swansea defender Alfie Mawson. Why? Because last season was his break-out season as a starting player in the Premier League, because he was one of England U21’s stars and part of the U21’s European U21 Championship team of the tournament, and because currently everything is pointing to him only becoming better and better this coming season. A scoring central defender with a calming presence who is not afraid to coach his teammates, Mawson looks destined for a long career with the senior Three Lions. There have been some rumours about him leaving Swansea after the Welsh side only nearly escaped relegation last season but for the moment it looks like he’s staying put.