FPL Pre-season: Premier League newcomers to keep an eye on -
Skip to content 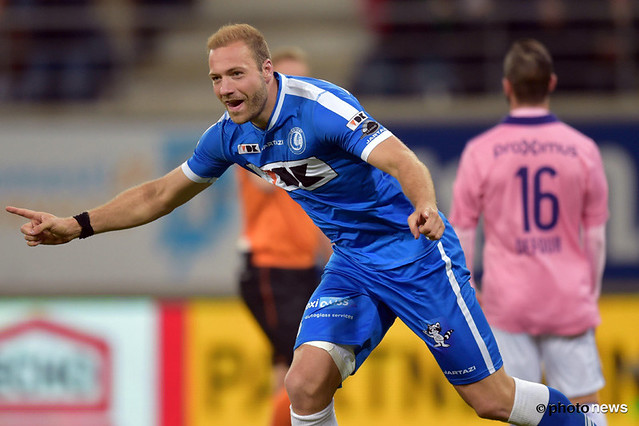 The force of the summer transfer period was unleashed early this year as various Premier League teams already agreed on several potentially season-defining transfers before the window had even opened on July 1, 2017. Just think about City signing Bernardo Silva and Ederson for a little under 100 million pounds, or Everton splashing the cash for Ajax-captain Davy Klaassen. We now have about two months to wade through tons of new transfer rumours every day, and to see which moves each Premier League team will be making before the start of the coming season. In this article we’ll have a look below at some of the most interesting and promising incoming EPL transfers that have been confirmed up to 30 June 2017. If instead you want to have a look at reviews of mobile betting sites try BetOTG.

Davy Klaassen – Midfielder, from Ajax to Everton (GBP 27 million)
When Davy Klaassen entered the world-renowned football academy of Ajax Amsterdam he had barely grown out of the toddler stage, and he left the club almost 20 years later as captain of the youngest team to ever play a European final (last season’s Europa League clash vs Manchester United) and starting member of the Dutch national team. For a fee of 27 million pounds Everton swooped up the wanted midfielder who seems to be considered the replacement of Everton youth product Ross Barkley who is still refusing to extend his contract. Klaassen is a tireless box-to-box midfielder with a knack for turning up at the right place at the right time in attack, and something similar could be said for his defensive qualities. With excellent technique, a quick eye and the mentality of a true teamplayer Klaassen should fit in just fine, both at Everton and in the Premier League.

Bernardo Silva – Winger/Attacking midfielder, from Monaco to Manchester City (GBP 43 million)
One of this summer’s biggest transfers was also one of this summer’s earliest. Before the start of June Manchester City had already agreed upon a contract with the exciting Portuguese winger, confirming his status as one of Pep Guardiola’s absolute priorities for this summer’s transfer window and City’s coming season. Silva will be joining an almost ridiculous line-up of midfield/attacking talent at City, with the likes of Kevin de Bruyne, Leroy Sané and Sergio Aguero, just to name a few, all worthy of a starting place (in probably any team in the world, actually). He scored 10 goals and provided 10 assists for Monaco last season as they clinched their first French title in 17 years and reached the semi-finals of the Champions League. Silva is fast, both with his feet and with his mind, he’s an outstanding passer and he possesses a left foot made of gold. Just wait for his signature move coming season, cutting inside from his right-wing position to fire at goal with his left. Premier League defenders, beware.

Sead Kolasinac – Left-back, from Schalke 04 to Arsenal (free transfer)
Over the years Arsenal (and Wenger) have not built up a reputation for being the most astute player on the transfer market, with the club often being criticized for not being able to land the kind of players that could have them seriously and consistently competing for the English title, or in Europe for that matter. This summer though, the Gunners agreed early on a five-year deal with Bosnian international left-back Kolasinac to boost their defence with some much needed power and energy, and it could turn out to be one of the best transfers of the 2017-2018 season. The 24-year bear-like Bosnian gained the attention of some of England’s and Europe’s biggest outfits, including Manchester City, AC Milan and Chelsea, thanks to his displays on Schalke’s left-flank, both in the Bundesliga and in Europe last season where they were eliminated by Ajax Amsterdam in the quarter finals. Kolasinac can play left-back, center back and on several left-side positions in midfield, he is powerful when defending, and dangerous when joining in attack (his 3 goals and 5 years in last year’s Bundesliga are proof of that). Assuming he will improve his tactical awareness under Wenger there is no reason why Kolasinac would be on top of the list for bargain of the year at the end of the season.