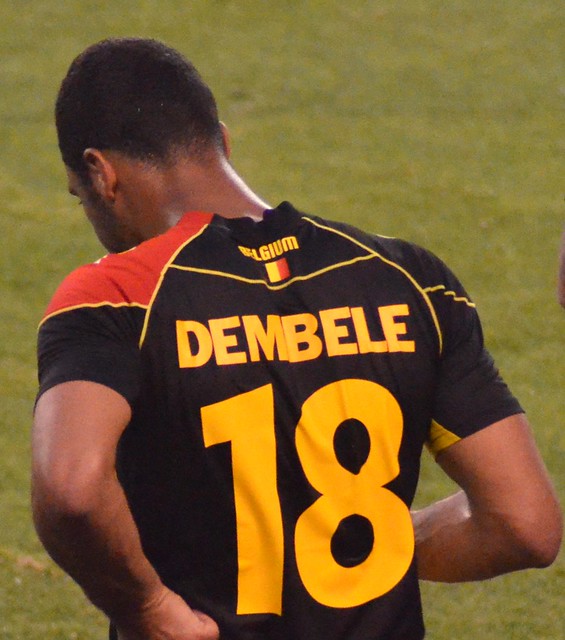 “Is Spurs midfielder and key man Dembele starting for Belgium?” (CC by 4.0) by Erik Drost

After a surprisingly bountiful gameweek 31, mostly courtesy of Momo Salah’s 4-goal bonanza against Watford, we’ve arrived at another international break. Even though it’s all friendly action as the preparation for the World Cup, there are some very interesting fixtures on the agenda, both for FPL managers and football fans in general. In this article we’ll take a quick look at some of the most interesting fixtures, with a special focus on some potential Premier League assets for the final stretch of the season. If the International football fixtures don’t interest you then why not instead take a look at the innovative online casino games at casumo.com.

At the time of writing, the Three Lions are preparing to face off against The Netherlands in Amsterdam on Friday evening, a classic fixture in European football. While the English are starting their preparation for a World Cup for which the hopes are set high, the Dutch failed to qualify and are therefore starting a new era under Ronald Koeman. Central to the new direction will be Liverpool’s Virgil van Dijk, who was brought to Southampton under Koeman’s reign and who has now been appointed captain for Koeman’s first official game as national team coach. With Palace, Bournemouth, West Brom and Stoke coming up in the next five weeks, the central defender will become a hot asset in FPL.

Most of the players in the England squad are known names amongst FPL managers, but it might be interesting to take a look at the newcomers in Southgate’s squad for the upcoming friendlies against Holland and Italy. Popular budget asset Nick Pope is hoping to debut in goal, while his team-mate James Tarkowski has been called up as well. With West Brom, Watford and Stoke coming up in the next five weeks, these Burnley defensive assets might be worth keeping an eye on. Bournemouth midfielder Lewis Cook and Swansea strong man Alfie Mawson are also part of the England squad for the first time, and some game time might just give them that extra confidence to perform well for their clubs over the weeks to come.

Fifteen minutes after the kick-off in Amsterdam on Friday, World Cup favorite France is kicking off against Colombia. The eyes, especially those of FPL managers, will be on Paul Pogba after his recent disappointing performances with United. The Red Devils have been eliminated from the Champions League by a mediocre, but hard-working Sevilla side, meaning that they now have just the FA Cup and the Premier League to focus on. In other words, lower rotation risk. Pogba is expected to start in his favorite number 10 position, so it will be interesting to see if he can manifest himself in a more positive way than he’s been doing in his more defensive role at United as of late. The United record transfer man seems to be suffering from a real lack of confidence at the moment and a good performance against World Cup participants Colombia might just do wonders for him. Others FPL asserts worth following in this game are France starting number 1 Hugo Lloris, Chelsea striker Olivier Giroud (who will probably not start, but likely get some minutes as a substitute) and Spurs powerhouse Davinson Sanchez.

We could’ve chosen Germany vs Spain or Italy vs Argentina to highlight as well, just to name a few of the top fixtures that are being played tonight and this weekend, but the FPL enthusiasts know why we’ve chosen to pick this game. An ex-PL superstar vs a current PL phenomenon (and Player of the Year favorite) kicking off in Zürich, with Cristiano Ronaldo’s Portugal facing Momo Salah’s Egypt. With Salah being in almost 63% of all FPL teams, most managers will be hoping that the Premier League’s topscorer can hold on to his unbelievable form and that he can stay injury-free. Besides Salah, the Egypt starting eleven usually also features West Brom’s Hegazi in the back and Stoke’s Ramadhan Sobhi in attack, though neither of the two represent particularly enticing FPL investments at the moment.

The Portugal side obviously includes captain, star man and most prolific scorer in Europe in 2018 Cristiano Ronaldo, though the likes of Cedric Soares (Southampton), Bernardo Silva (Man City) and West Ham’s Joao Mario might attract more interest from FPL managers. While Soares and Mario don’t have particularly attractive sets of fixtures coming up, City’s Bernardo Silva’s ownership might be getting a boost in the coming gameweeks. The winger is not (yet) part of Pep Guardiola’s starting eleven and with the Premier League title under their belt soon, the focus might be shifted to advancing in the Champions League. In this scenario, it’s not unthinkable that Silva is going to get more minutes and possibly more starts in the PL as Pep rests his starters for the European kick-offs. With 4 goals and 5 assists in a bit over 1,000 minutes of game time this season already, Silva could definitely emerge as an end-of-the-season differential in a free-scoring City outfit. Just keep an eye on him.