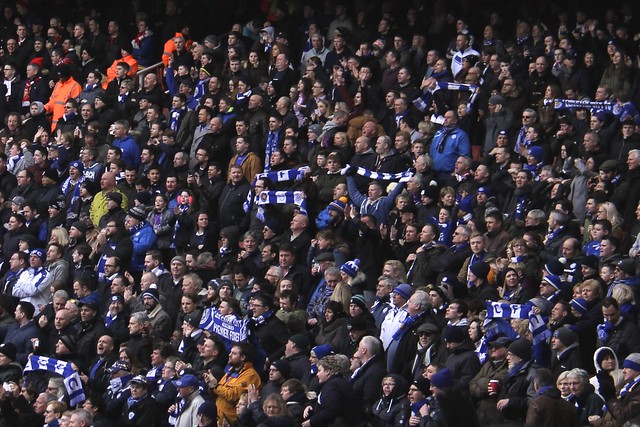 These are uncertain gameweeks for Fantasy Premier League managers, with both the final of the League Cup and the fifth round of the FA Cup having their way with the Premier League fixtures of gameweeks 26 and 28. Many transfers are made keeping the shortened fixtures list of next week (only 8 teams are playing) in mind, and then there still is the first double gameweek of this FPL season, involving Man City and Stoke. In other words, few gameweeks will be as strategically important as the latest one.

Starting with a shock

The weekend’s opener was played at Old Trafford where Manchester United hosted a Bournemouth side that has been struggling as of late, resulting in a meagre five-point gap between them and the relegation spots. United on the other hand are still looking at the top four spots and you can get good betting sites odds on them achieving that. The Reds don’t have a game next week, a good reason to drop United assets for some, but the fact that they were playing the Cherries this week was a good reason to keep some (attacking) assets under your belt. Fantasy managers basing their line-up on the former reason came out on top.

United created chance after chance against Bournemouth, but Zlatan especially was wasteful. He even missed a spot kick, although it should be said, Cherries goalkeeper Arthur Boruc was exceptional on Saturday. He frustrated not only the big Swede, but also an active Pogba and a menacing Martial. In the end it was Marco Rojo’s first goal Premier League that gave United a point, after ex-United talent Josh King converted a penalty following a Phil Jones foul on Marc Pugh in the area after just a quarter of an hour. The referee did not have a good game and missed events between Cherries defender, Mings, and the Reds’ striker Ibrahimovic which has led to an FA violent conduct charge following the match against both players meaning they may face at least a 3-match ban each.

Reactions to Claudio Ranieri’s marching orders were mixed, but one thing was clear: something had to happen at the King Power Stadium, and fast. It wasn’t the prettiest of actions, but the 3-1 victory over Hull this weekend, following their 3-1 victory over Liverpool the previous weekend, seems to indicate that it was the right managerial decision for now.

The Foxes showed resilience in spite of their disappointing Premier League season up until now, and some FPL managers will have seen indications that Leicester players might become worth considering again in the near future. Vardy was in the thick of it throughout the game and Mahrez showed glimmers of last season’s brilliance (just check out his goal). Robert Fuchs charged up and down on the left side, resulting in the opening goal after a fine combination with Vardy. Leicester do not play in gameweek 28, but the three games after that are West Ham away, and then Stoke and Sunderland at home. Keep an eye on developments around the King Power…

Spirits were of a whole other kind at Anfield later that same Saturday. Arsenal lost to the hosts 3-1, with superstar Alexis Sanchez starting on the bench, and Mesut Ozil was left out of the squad all together. Liverpool meanwhile, after their defeat against Leicester the weekend before, showed their characteristic intensity again, and Firmino, Mané, Coutinho and Lallana caused all kinds of trouble for the visitors. Liverpool led 2 to nothing by half-time, courtesy of a goal and an assist by both Firmino and Mané. The introduction of Alexis came too late, though he did provide the assist for the only Arsenal goal. A quality first-time finish by Wijnaldum sealed the Gunners’ faith in extra time. Seeing as Liverpool is the only team out of the top six to play next weekend, this victory and the new proof of attacking prowess will surely interest many FPL managers.

It’s exactly as the title says: Spurs should be mentioned. Despite the significant gap between them and prime champion candidates Chelsea they are turning out to be one of, and possibly the, biggest challenger to the Blues. Pocchetino has managed to create a compact unit that plays high-intensity, well-organised and attacking football. The abundance of talent in the squad is a joy to watch, from Kane’s killer instinct to Dembele’s tactical superiority and the solidity of the English-Belgian defensive block.

The visitors on Saturday were Everton, and Ronald Koeman’s side arrived as the best PL squad this calendar year. No easy task for Spurs to break down you’d think, but they did so in convincing and attractive fashion. Koeman admitted afterwards that Spurs were simply better at the moment, and that he aspires his Toffee-project to one day reach the level Pocchetino’s men are currently displaying. For the FPL managers: Kane scored twice (he’s now the league’s topscorer), and Alli (he scored as well) and Dembele were excellent anywhere on the midfield, while Lukaku and Barkley showed that they can perform for Everton against the best teams.

Are Chelsea the Champions?

Well despite a last-minute goal by West Ham, Hazard and Costa’s goals on Monday night proved that they are determined to take the EPL crown. Hazard’s speed and clinical finishing was the catalyst for Chelsea’s strong performance and Costa was on hand to give them a two goal cushion which was needed due to Lanzini’s strike in injury time. The pressure is on Tottenham and Manchester City to see if they can make inroads into Chelsea’s commanding 10 point lead at the top of the Premier League and Man City have a must-win match against Stoke on Wednesday.