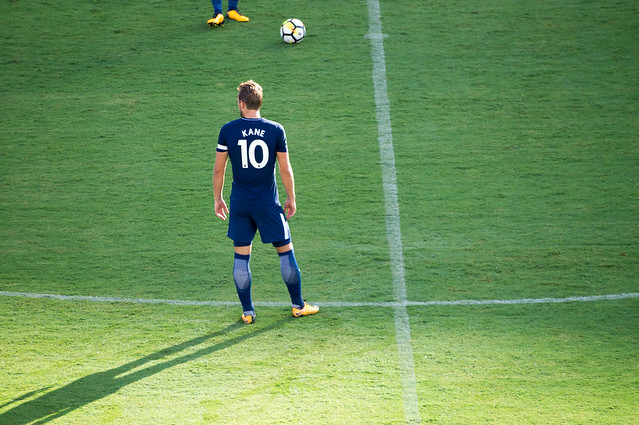 After last night’s EFL Cup semi-final between Chelsea and Arsenal we can once again fully focus on what’s awaiting us, FPL managers, in the roller coaster ride we call the Premier League. After what for many of us turned out to be disappointing first double gameweek of the season it is now time to get settled for the second half of the 17/18 season. For those of you who triple-captained Harry Kane last time out, we feel for you, but fear not, because this weekend might just offer Kane and company a chance of redemption. Let’s take a look at some of the most interesting games and players for the coming Premier League round.

Choosing the right captain for your squad can mean the difference between a weekend full of rainbows and butterflies, and another &%@! weekend. It’s a bit like playing the lottery and, if you are, then have you checked the Eurojackpot latest winning numbers? Lining up against Swansea and then West Ham in the first double gameweek of the season catapulted Harry Kane to the top of practically everyone’s captains lists, although some selected Son or Eriksen and received a reasonable payback. A return of only three points for Kane was, to use an understatement, not really what was expected of him, but he might make up for some of the damage against Everton this weekend. The Toffees have become much more defensively stable under Big Sam Allardyce, but they did ship two at home against a Lukaku-less United last weekend. Putting the armband on Kane or Alli, who’s on fire with 2 goals and 4 assists over the last four league games, might not be a bad idea.

Meanwhile, the Red part of Manchester is rejoicing at the return of topscorer Romelu Lukaku. The big Belgian was carried off with a head injury early on versus Southampton, but returned quicker than expected against Derby in the FA Cup, scoring one and assisting another in the process. His next match is against strugglers Stoke (who’ve just sacked their manager of 5 years, Mark Hughes, in the hope of a turn-around), who so far have conceded 47 goals and 118 shots on target, more than any other team in the Prem. Maybe it makes more sense to ask yourself why you would not bet on Lukaku to score on Monday…

Normally we would have reserved a spot here for one or more Man City players, but their starting line-up is somewhat uncertain (even more so than usual) due to their games in both the FA Cup third round and the EFL Cup semi-final of Tuesday night, although if we were to recommend someone it would be Aguero. Instead, we’d like to focus on Eden Hazard, Chelsea’s star player and the one around whom revolves everything that has to do with an attack in Conté’s side. He’s not been very prolific in terms of goals and assists over the past weeks, though he did win a penalty and then converted it last week against Arsenal. In that game, he made 6 attempts at goal, more than any other player that weekend, which leads us to think that more goals, assists and points may be on the horizon for Hazard although he did play 80 minutes last night in the 0-0 cup draw against Arsenal. The opposition in the EPL will be Leicester City, who’ve only won (and not lost) once in the last 5 games, with their victory coming last weekend at home against Huddersfield.

Even though there’s still a long way to go until the end of the season, it’s possible that point gaps have grown in your private leagues over time. A proven way to close a gap is to appoint a high-scoring captain with low ownership in the game. Whether Jesse Lingard can still be called an undiscovered gem is up for debate, his FPL value over the past months definitely isn’t. With 4 goals, 1 assist and 15 shots on target over his last 5 games, the 6.3m-priced midfielder is FPL gold at the moment and he might be racking in the points again on Monday night against a Stoke defense low on confidence but with a point to prove to a new manager.

Newcastle’s home game against Swansea could be littered with differentials, but the Newcastle attack has far from delivered this season. Instead, we’re looking a few hundred miles to the south, where Watford are facing a disappointing Southampton. After a great start to the season the Hornets have been stuttering in the league lately, with 4 out of the 27 last points being won. In that period Watford faced Palace, Huddersfield, Brighton and Swansea, teams against which points were expected. They might not be in the finest form of their lives, but a turn-around has to be on the way and it might just happen against Southampton (4 draws and 5 losses in the last 9 games). Richarlison or André Gray could be differential punts for FPL managers who are feeling edgy this weekend.

Finally, and for the really adventurous amongst us, Glenn Murray against West Brom deserves a shout-out. The Brighton striker netted once and picked up 3 bonus points against Bournemouth last weekend, and he played a good game overall. West Brom are having a rotten streak at the moment (the Baggies haven’t won since round 2!) and their best defender and captain Jonny Evans will be missing. The situation might just be ideal for Murray to grab another goal.