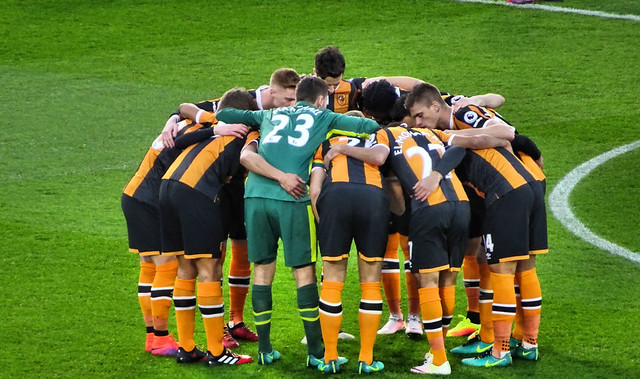 After a couple of low and medium scoring weeks, gameweek 14 of the Premier League came with points in abundance (in the official game the average score was 50 points). Chelsea confirmed their status as title favourites in the cracker at Man City, while West Brom quietly recorded another win to settle comfortably in sixth place. Also, early season ugly ducklings Stoke and Sunderland seem to have locked down on winning formulas, and we witnessed one for the history books on the English south coast on Sunday.

The contenders, so far

Antonio Conte’s Chelsea faced off with the Man City at the Etihad to kick off the weekend in style. The Citizens dominated in the first half, having more possession and creating more chances, but they still needed an unfortunate own goal by Gary Cahill on the brink of half-time to put one in the back of the net. Chelsea hadn’t really shown up until that point, but in the second half they demonstrated why they are ‘king of the hill’ at the moment which is also the name of an online casino game. Arabic online casino is growing just like the interest in the Premier League after sporting matches like this.

City still had more of the ball, but Chelsea put three past Claudio Bravo, counter style. Diego Costa in particular was excellent, scoring one, assisting one, and producing an overall very complete number 9 display. The game ended on a very dark note after a ridiculous challenge by Argentinian, Aguero, on rival Brazilian, David Luiz, resulted in a mass brawl and red cards for both the Argentinian ace and City’s Fernandinho (although Cesc Fabregas deserved one as well). Fantasy football owners of Aguero have to count the cost of a four-match ban for the striker.

In London, a derby took place between struggling West Ham and Arsenal. Led by this week’s player of the week, an absolutely brilliant Alexis Sanchez, the Gunners took the points back home. The Chilean was a constant nuisance for the Hammers’ defence, scoring three Goal of the Month contenders, Dennis Bergkamp-style. Admittedly, West Ham was, again, far from impressive, but with an injury-free Alexis in this kind of form, Arsenal are a definite title contender.

The game of the week

Despite the magic produced by Alexis at London’s Olympic Stadium, the game of the week unfolded just over a hundred miles to the South, where Bournemouth hosted Liverpool. After two goals within three minutes early in the game (Mané, Origi) it looked like it was going to be a comfortable afternoon for the Reds. Bournemouth’s Eddie Howe thought differently, though. We don’t know what he said to his men during the break, but boy, did it work!

Ten minutes into the second half Wilson converted a spot kick for the home team after a slightly clumsy challenge by James Milner. A game changer so it seemed, giving hope to Howe’s men, but it was 1-3 ten minutes later thanks to a perfect right-foot strike by Liverpool’s Emre Can. With 25 minutes to go, these surely were going to be three points for Liverpool…

Bournemouth refused to give up and bringing on Ryan Fraser in the 55th turned out to be a key decision. The Cherries took one back in the 76th, courtesy of that same Fraser, and they equalised just three minutes later. Goal by central defender Cook (and what a goal it was!), assist by… Ryan Fraser. Liverpool seemingly forgot how to play football, and Bournemouth felt it. In a disciplined all or nothing display the hosts decided to go for the win, pressing and attacking where possible while Liverpool were still wondering what had just happened. The reward came in the 93rd minute. Another Steve Cook effort troubled Liverpool’s doubtful goalkeeper Karius, and Holland’s Nathan Aké was fastest to react, tapping the ball into the back of the net and securing the three points for Bournemouth. There are a lot of weeks to go still this season, but this game is a contender for comeback of the season already.

The relegation candidates, so far

In the battle to avoid relegation Sunderland booked their third victory in three matches by beating reigning champions Leicester 2-1 at home. An own goal by Robert Huth started it, a clinical strike by Defoe (who else, seriously?) finished it. The English striker is now the player with most goals scored in 2016 after Kun Aguero and Harry Kane. Let’s not forget he plays for Sunderland… Meanwhile Leicester should very seriously start worrying about getting dragged into a long struggle against relegation if they don’t fix themselves up very soon.

Finally, red lantern Swansea was thumped by Spurs in London, 5-0 (2x Kane, 2x Eriksen and 1 for Son). Swansea seem to be all over the place for the moment, and if coach Bob Bradly doesn’t find a solution soon the Swans are likely to spend the rest of the season around their current position. On Saturday goalie Fabianski was the only one with a decent performance for the Welsh side, and he still conceded five, so imagine the rest… On the other side the Spurs’ defence impressed once again, with Kyle Walker particularly excelling. We do need to mention though, that the resistance was feeble.