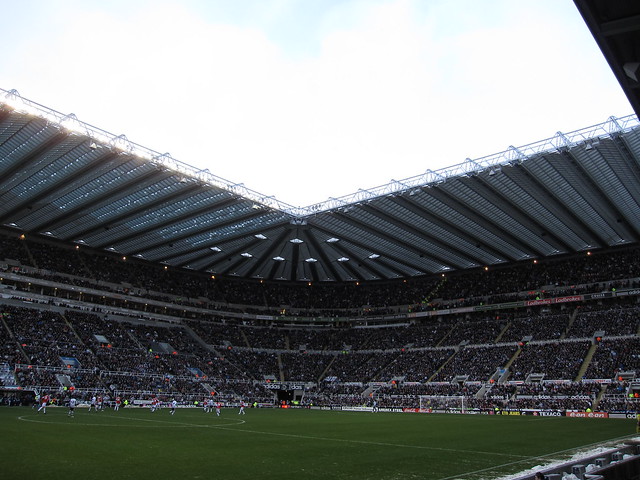 In anticipation of the 2018/2019 Premier League season’s kick-off between Manchester United and Leicester, at 20h00 on August 10th at Old Trafford, we’ll be taking a more in-depth look at the 20 squads that’ll be competing this year. In this eight instalment, we’ll take a look at Rafa Benitez’ Newcastle United and a Southampton squad that very nearly got relegated last season.

Possibly even more than the players, it’s manager Rafa Benitez on whom Newcastle United has depended the most since the Spaniard arrived at Saint James’ Park in March of 2016. He led the team to promotion in his first half-season at the club and then managed to survive relatively comfortably in the Premier League last season, despite Newcastle failing to bring in any new players, apart from Florain Lejeune. Chelsea’s Kenedy and Czech goalkeeper Dubravka joined the Magpies on loan in January 2017, both to great success, but the depth of the Newcastle was (and is) limited, so a major part of the credit goes to Rafa Benitez.

This summer so far has been pretty much of the same: a squad clearly in need of depth and reinforcements, a manager who says they need fresh blood to compete this season and a club so far refusing to invest accordingly. Useful defensive midfielder Sung-yong Ki came over on a free transfer from relegated Swansea, goalie Martin Dubravka was brought in permanently from Sparta Prague (£3.60 million), Swiss World Cup participant and central defender Fabian Schär was bought from Deportivo (£3.60 million), and Japanese centre forward Yoshinori Muto came over from Bundesliga side FSV Mainz (£9.63 million). The best news though, is likely to be the loan renewal of starting midfielder Kenedy (2 goals and 2 assists in 13 games since January 2017) for another year.

Considering all the above, it’s more than likely that Rafa Benitez will once again approach the coming Premier League season in a defensive fashion, with the objective being extending Newcastle’s stay in the top flight for another year. The Spanish manager knows how to organise his teams and how to build a solid defensive foundation. This comes at a cost, as his Newcastle’s football was often labelled too defensive and boring, but it did keep them in England’s elite division for another year. Benitez will probably continue basing his tactics on a 4-2-3-1, although he has shown a capacity to adjust tactically when necessary, if and when the depth and quality of his squad allow it. You can expect a solid Newcastle outfit without too much excitement coming from the attacking third of the pitch, though we do recommend to pay attention to any news coming from behind the Newcastle scenes, as there seems to be some discontent between management and ownership at the club.

Without a doubt, one of Newcastle’s most important players in central defender Jamaal Lascelles, who has flourished under Rafa Benitez. The 24-year Englishman scored 3 goals last season and lead his team to 9 clean sheets, with 116 FPL points as a result. He’s an outstanding defender and poses a threat in attack as well, particularly during set-pieces. The arrival of Swiss international Fabian Schär should only improve Lascelles’ performances on the pitch, so his price tag of £5.0m is likely to tempt more than a few FPL managers.

As mentioned before, the extension of Kenedy‘s loan might just turn out to be Newcastle’s most significant transfer activity in an otherwise modest summer transfer window. Despite coming into the squad mid-season last year, the young Chelsea midfielder had a considerable impact on the club from the get-go. He ended up playing 13 games for the Magpies last season, in which he scored 2 goals and provided another 2 assists, and he managed to install somewhat of a threat in an otherwise fairly bland Newcastle attack. His work rate is generally outstanding, he can play in different positions, and he’s one of the few players in the squad who bring some flair to Saint James’ Park. Kenedy costs £5.0m in FPL and could be an excellent budget option.

It remains to be seen how quickly and how well newly acquired forward Yoshinori Muto will adapt to life in the Premier League, so it looks like a lot of the eyes in attack will be on Ayoze Perez again this year (bar some major last-minute investment). The Spaniard has so far failed to make an unforgettable impression at Newcastle, but he was involved in more goals last season than any other player on the team. He scored 8 goals and provided 4 assists in 36 games, playing for a club that scored just 39 goals overall. At a price of £6.5m, Perez can definitely be an interesting addition to many FPL squads as a third forward or budget enabler.

The 2017/18 campaign was one that Saints fans will be eager to forget about as soon as possible, as Southampton only just managed to avoid relegation in the penultimate gameweek. It’s been far from calm on the manager front over the past few years, as neither Claude Puel nor Mauricio Pellegrino managed to get a real grip on the club. The tide seems to have changed with the arrival of Mark Hughes at the end of last season, though, as he could be the man to bring much-needed experience and stability to the club. If he can do so by promoting an entertaining type of football remains to be seen.

Hughes started by implementing a 5-3-2 formation, with a relatively deep central midfield and two wing-backs with the freedom to join in attack when possible. Southamption is likely to start the 2018/19 season in the same way, reinforced with a few interesting signings. The Saints sold attacker Dusan Tadic to Ajax, but no other key players were lost this summer. Assets like Clasie, Carrillo, and Boufal were also loaned out or sold, but neither of them played a major role in the manager’s plans. In terms of incoming transfers, Southampton’s biggest acquisition this summer is 6’7” Danish centre-back Yannik Vestergaard from Mönchengladbach for £22.50 million. Besides that, the Saints also splurged on Basel’s Mohammed Elyounoussi (£16.50 million), an attacking midfielder from Norway expected to fill the gap left by Tadic, talented goalkeeper Angus Gunn from Man City (£10.17 million), and Scottish central midfielder Stuart Armstrong from Celtic (£7.16 million).

The Saints are hoping for a better season than the last one, though that’s hardly surprising. The squad has sufficient depth and quality to compete for the mid-table positions, and possibly even the positions that give access to European football at the end of the year. New arrival Gunn seems likely to start in goal with Vestergaard and possibly Stephens the centre backs protected as usual by Romeu with Soares and Bertrand the wing-backs. The attacking midfielders ought then to be Elyounousi, Armstrong and Redmond with two from Austin, Gabbiadini and Long up front. An area of concern is the attack though, which is mainly due to Charlie Austin’s seemingly constant injury troubles. He’s a fine striker and something of a goal poacher, but he’s only started 21 out of Southampton’s 76 games over the past two seasons, in which he scored 13 goals and provided 2 assists. The other strikers consist of Manolo Gabbiadini and Shane Long, both strikers with some qualities in their own right, but Southampton might do well to bring in another striker with Premier League experience before the 9th of August.

Among Saints ranks, there has been some hype over the signing of giant Danish central defender Yannik Vestergaard from Bundesliga side Mönchengladbach. He brings with him some undeniable aerial qualities both in defence and attack, the discipline needed to lead a defence that was somewhat shell-shocked after Virgil van Dijk’s departure, and a lot of experience, especially considering his age of just 25. He has 185 Bundesliga games on his name (14 goals and 2 assists), 10 European club games, and 16 call-ups for the Danish national side. At a price of £5.0, he’s not cheap, but definitely worth putting on your watchlists.

Stuart Armstrong is another new signing who still has to play his first minute in the Premier League, but around whom the expectations are high. It always remains to be seen how well a new player adapts to Premier League football, though confidence in Armstrong is high at Saint Mary’s. The Scottish central midfielder has more than 220 Scottish Premiership games under his belt in which he scored 41 goals and provided assists for another 47. He’s also played in more than 30 European games, on both Champions League and Europa League level. Armstrong was brought in to (partly) fill the gap that was left by creative attacking midfielder/winger Dusan Tadic. The Scotsman is still young at just 26 years old, he’s shown that he can score and create for others at the highest level, and Mark Hughes seems to be very keen on giving him an important role in the team. With a price tag of £5.5m in FPL, he could be an interesting 4th or 5th midfielder in your FPL squad.

Up front, we’d like to highlight the earlier mentioned Charlie Austin. His fitness is a major concern for many, and deservedly so, but when he’s fit to start, he should be Southampton’s starting number nine supported up front by either Gabbiadini who’s had a good pre-season or Long. The 29-year old Englishman has a real nose for the goal, something that’s illustrated by his 7 goals in just 1,030 minutes of Premier League football last season. He’s a hard worker and a cool finisher, and a season more or less free of injuries could very well end with 12+ goals for him. At a price of £6.0m, that wouldn’t be too bad at all, so we recommend monitoring him.