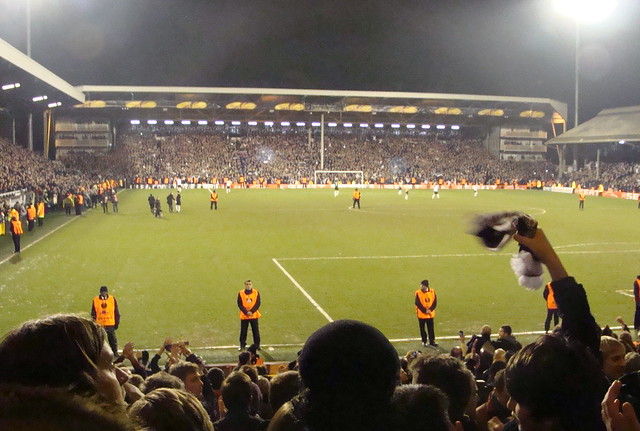 In anticipation of the 2018/2019 Premier League season’s kick-off between Manchester United and Leicester, at 20h00 on August 10th at Old Trafford, we’ll be taking a more in-depth look at the 20 squads that’ll be competing this year. In this fifth instalment, we’ll take a look at newly-promoted Fulham FC and a Huddersfield Town squad that defied the odds last season by avoiding relegation.

Fulham finished third in the Championship last season and reached the Premier League by beating Derby County in the semi-finals and then conquering Aston Villa in the final. Part of the reason for which the Cottagers ended up in the play-offs was a rocky start to the 2017/18 season, but in terms of stats, they were definite candidates for the title. Only Wolves scored more goals (82 vs 79) and again only Wolves had a better goal difference at the end of the season (+33 vs +30). Fulham did concede 46 goals though, which placed them sixth in the league. The London outfit was especially hard to beat at home, where they only lost 2 games, while they also booked an impressive 12 victories away from home (yet again only Wolves did better).

Manager Slavisa Jokanovic tends to prefer a 4-3-3 formation with a focus on ball possession and an aggressive pressing, the moment the ball is lost. As a result of this indirect way of playing, Fulham’s game contains very few long balls. As a matter of fact, no team last season played fewer long balls than Fulham did and the Cottagers were ranked last in the Championship in terms of aerial duels. Jokanovic likes players who are comfortable on the ball, in any position on the pitch, in order to enable his preferred (short) passing game. The club has already been quite active on the transfer market, but it’s unlikely that the manager will adapt his style in the coming season.

A name that stands out in Fulham squad over the last year is that of pacey left-back-turned-winger Ryan Sessegnon. A lot has been written about his potential already, so what will be most interesting to see is how well the prodigy will adapt to life in the Premier League. His 15 goals and 6 assists last season are simply impressive for an 18-year old, especially when adding the 43 key passes that he provided as well (a metric that plays a major role in the calculation of bonus points in FPL). The EFL Championship Player of the Year is very quick and a cool finisher, though his price tag of £6.5m might be considered too steep by some, considering his age and the fact that Fulham have just promoted.

If you’re looking for a relatively budget-enabling goalkeeper who’s sure to start every game, Fulham’s Marcus Bettinelli (£4.5m) might be an option. Despite the team’s attacking style of play, the 26-year old still kept 12 clean sheets in the 22 games that he played last year after taking over from David Button in goal. What might be of more interest though, is that he averaged almost 4 saves per goal conceded. If he manages to keep up that average, Bettinelli could be a bonus point magnet this season. Home games against Palace, Burnley, and Watford in the first 6 weeks have clean sheet potential as well.

After a successful loan spell with the Cottagers last season (12 goals and 1 assist in 17 games), Serbian striker Aleksandar Mitrovic was one of Jokanovic’ main targets this summer. Fulham splashed a cool £22.5 million on the strong centre forward, so it seems more than likely that he’s guaranteed a starting spot at the start of the season. There are not other real number nines in the squad so far and Mitrovic, besides his goals, also adds some much needed physical strength to an attack that would otherwise consist of mainly technical, ball-playing attackers. At £6.5m and considering Fulham’s opening fixtures, Mitrovic could function as a decent third striker in your team.

At the start of last season, many FPL managers would have put Huddersfield at or around the top of their lists for relegation. David Wagner’s men defied the odds though, and with 37 points the Terriers extended their stay in the elite division for at least another year. Under the German, Huddersfield became a very organized unit that usually turned up in a 4-2-3-1 formation. Huddersfield especially counted on pressing high and immediately, as soon as the ball was lost. The role of the players on the flanks, so the full-backs and the wingers, is important in this approach, as Wagner likes to press hard once the opponent has played the ball wide. Strong players with a lot of stamina, such as Terence Kongolo, Rajiv van la Parra, and Scott Malone, are therefore key to Huddersfield’s style of play.

Despite going into their second consecutive season in the Premier League (before 2017/18, Huddersfield hadn’t played in the top division for 45 years), the club’s main priority again this year will be to avoid relegation. Wagner is expected to adopt largely similar tactics to those described previously, which is also reflected by the club’s activity on the transfer market so far. Several players who were on loan last season, including Terenco Kongolo and excelling Danish goalkeeper Jonas Lössl, were bought on a permanent basis this summer, while no key players were lost so far. Winger Tom Ince was sold for just over €11 million, but he never managed to nail down a starting spot over a longer period of time.

Besides the loans that were converted into permanent deals, the Terriers have signed a few other interesting players as well. Attacker Adama Diakhaby was signed from Monaco for €10 million, the talented Egyptian winger Ramadan Sobhi came over from relegated Stoke for just €6.5 million, and 20-year old central midfielder Juninho Bacuna was bought from Dutch side FC Groningen for €2.5 million, and right-back Erik Durm left Dortmund to join Huddersfield on a free transfer, just to name a few of the biggest names.

Aaron Mooy was a key player for Huddersfield last season and we expect him to be so again this season. He usually plays centrally on the midfield, making the play and trying to control the tempo of the game as well as his side’s high pressing. Thanks to the fact that he’s not scared of moving up the pitch during games from time to time, and the fact that he was sometimes simply started as a number 10 by Wagner, he ended the season as Huddersfield’s highest on-field points scorer in FPL (113 points). The 27-year old scored 4 goals and provided 3 assists in 36 games, which is far from spectacular stats-wise, but he’s the engine of the team and a sure starter. Add his penalty duties and frequent set-piece involvement to that, and his price of £5.5m sounds reasonable.

We previously said “on-field points scorer” on purpose, because last season’s absolute top scorer for the Terriers in terms of FPL points was goalkeeper Jonas Lössl. The Danish shot stopper reached the more than respectable number of 135 points, which was the ninth-highest of the season for goalkeepers, in front of established names like Petr Cech and Kasper Schmeichel, and just a few points behind lauded keepers like Thibaut Courtois and Hugo Lloris. With games against Chelsea (home), City and Everton (both away) in the first five gameweeks, the start of the season is far from easy, but at a price of £4.5, Lössl could be a bargain.

So far this summer, Huddersfield have been quiet when it comes to offensive reinforcements. It looks like the starting number 9 spot will again be occupied by Steve Mounié (7 goals and 2 assists in 28 games) and Laurent Depoitre (6 goals and 1 assist in 33 games). Neither of the two have statistics to blow FPL managers away, but especially Steve Mounié looked like he was capable of more. With one year of Premier League experience under his belt and a couple of promising summer signings coming into the club, the striker might top last year’s performance. It looks like Mounié will be starting when the season kicks off, and at a price of €6.0, he’s an interesting prospect as third striker.