A Fantasy Football forum for news on fantasy football games run by the Premierleague (FPL).
Post Reply
13 posts • Page 1 of 1 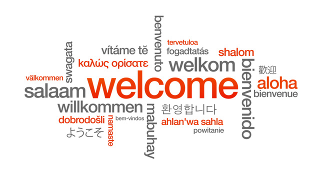 Here
This forum primarily covers weekly transfer, captain and GWscore showoff/crying threads and a few season long topics - including the FPL Prayer Mat which has been receiving our knees since '07. This is the place for everything that isn't better posted elsewhere

FPL Pre-season Friendlies Fixtures, Teams, Results and analysis of all the pre-season action to help you work out who is essential for your starting line-up.

STC - The Cave Dwellers appear to be hibernating at the moment, but their library is still open and is home to many FPL resources and much arcane lore.

News and Announcements for this year's FPL Mini-Leagues & Side Games

Please make announcements regarding Sidegames in this thread - including link(s) and any info that you think useful.
... only if you want to of course

Here is where you will find all things related to the FPL Draft version of the game. The FISO community run several draft leagues from here, most of which are private, but occasionally a space may open up if a participant drops out, so look out for announcements at the beginning of the season. You can also use the forum to try and put together your own Draft Leagues with other FISOers.

Information PM to taivt for more details and registration

There is also a long running draft game which is always open to newcomers, running 3 ten week mini-seasons per year:

FISOers love playing games - it's why we're all here in the first place, so if you want to run a game, there's a good chance that people will want to play it. So here's what you need to know in order to go about it.

1. There are a handful of games which only moderators, or longstanding members nominated by the moderators, are allowed to run. These are the official FISO mini-leagues. For FPL this is the 'FISO Official FPL League'.

2. Games which require an entry fee or offer a prize cannot be run by anyone with less than 12 months FISO membership, not posting in the last 3 months and less than 250 total posts.

3. Games which offer prizes must specify how the prizes will be distributed and carry the following disclaimer in the opening post:


If you decide to join a mini-league/ side game/ competition promoted on FISO then you do so at your own risk. Whilst FISO has taken steps to put a Moderator as Chairman of "Official/Main" FISO Leagues, we may not be able to help you should he/she decide not to distribute the prize he/she has won. A mini-league/ side game/ competition set up using the FISO forums is not the responsibility of FISO Ltd or its Director.

If you want to join a non-official mini-league then you should try and put in place some form of written agreement between the participants and the chairman (using real life names) with regard to the distribution of any prize won. This could be based upon a standard syndicate type agreements - showing the membership and how winnings are paid out. These should be signed but at least do an exchange of private messages.

If you do not receive the share of winnings you were expecting then do not blame FISO Ltd. You were warned.

4. If the game involves setting up an FPL Mini League and charges an entry or administration fee then you should also make sure that the participants in your league are aware of FPL's policy regarding such leagues and that the league and accounts of participants may be deleted by FPL. (Rule 13 in FPL T&Cs).

Other than the above, and for games which are free to play and don't offer prizes, then it's simply a case of posting a thread for your game and seeing who wants to play. You don't need anyone's permission to start a sidegame and you'll find plenty of people on the forum willing to offer help and advice on getting your game up and running.

So whether you've got an idea for something brand new, or just want to reboot an old favourite from way back, by all means give it a go and become a FISO Sidegame admin.
Top

taivt's 'Weekly Mini Draft' Game, wich has been running for a few seasons now, has a couple of spaces available.

Information PM to taivt for more details and registration
Top

SuperGrover has just a couple of spaces left available in the 9th running of his popular £60 League.

Great thread TT - I'm glad someone reliable is on the case

FISO 5AS H2H returning soon - announcements will be made here .. and there

As mentioned a while ago in TRK I've made a style that tones down the garish colours on FPL and thought I'd share for anyone else who might want the same. 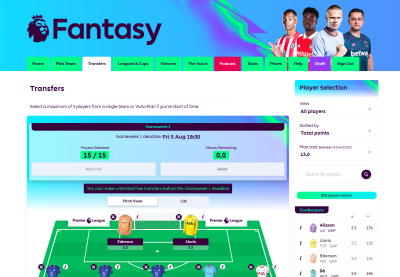 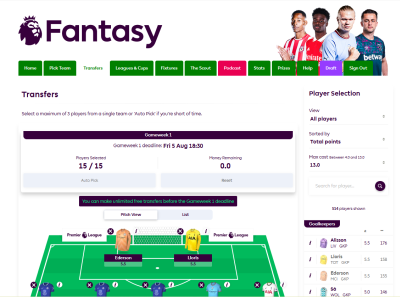 Time is Running Out for Returning Teams to Register

The deadline for existing teams to register for this season's H2H Leagues is 23:59 Thursday 28th July .

If you don't register by the deadline then Teams below you WILL be 'Bumped' up and take your place!
You will be placed on the Reserve List.

The following games are now filled up:

Information PM to taivt for more details and registration

There are still plenty of other leagues and sidegames still taking new and returning players with just over a week to go before the start of the season. See the posts above for more details and links.
Top

It's not an FPL game, but there's been a request to let everyone know that FISO Goals is locked and loaded and ready for you to make your predictions:

The fixtures are now entered and available to predict!

Admin will put up a fiso mug for the winner, so give it a go. It's free to enter so you have nothing to lose!

Looking for 5 players to make up League One

Don't forget to join the Official FISO Forum League.
The League is not auto-renewing this season so you'll have to join again