A Fantasy Football forum for news on fantasy football games run by the Premierleague (FPL).
Post Reply
25 posts • Page 1 of 1

Do you go big and bold and try and enhance your points for the GW and go for Dallas? Or do you go a safer option in Kane or Bamford and get the double figures or are you feeling somewhere in between and taking a punt on someone like Lingard or Raphinha?

Personally I think it’s GW where more defenders or even keepers will be considered for selection.
Last edited by cymbalrush84 on 15 Mar 2021, 10:29, edited 1 time in total.
Top

Is this the captain poll?
Top

Left the key word out. Oops.

Was doing a poll for this myself earlier but gave up. It really seems a stick a pin in it kind of week. Will probably be Kane for me because he's kind of my default captain at the moment and Villa's luck has to run out sometime. Raphinha is tempting as well.

Teams that have over-performed xG conceded by the biggest margins this year:
Burnley and United are #3 & #4 on that list. Partly it has been GK excellence from Martinez, Areola & Pope but there has surely been some luck involved as well.
Top

Not to be awkward but Cresswell.
Top

Can’t look past Dallas whatsoever. Fulham have done well at the turn of the year, but this game feels like a backs to the wall job, and hopefully worst case scenario, just a clean sheet. Best case scenario, he bags a GC (not a blonde blimp).

With three successive blanks for a team like Leeds, goals are overdue.
Top

Not gonna lie, sitting here watching Spurs struggle, considering the extra time, the travel, the fact they're up against a fairly stubborn Villa defence and Martinez (ex Arsenal so even more determined) I'm really looking to swerve Kane now.

If so, then it's Raphina for me.

Sent from my Moto G (5) Plus using Tapatalk

Yeah, me too. Am taking a wildish punt on Lewis 'The Goal Machine' Dunk.

Bamford (C) Kane (V) for me this week
Top

+1. Despite the loss, they remain the most likely to haul for me.
Top

Currently on Kane where it will most likely stay, but find myself strangely tempted by Lacazette too for some reason.
Top

Chickened out and just went with Kane, boring 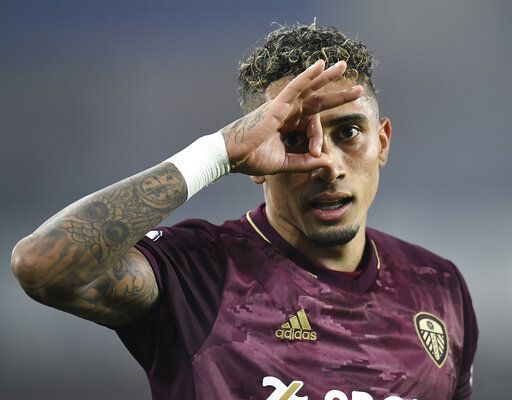 Sent from my CLT-L09 using Tapatalk

Sent from my Moto G (5) Plus using Tapatalk

So apparently the second most popular captaincy pick this week was Fernandes.

thekitkatshuffler wrote: ↑20 Mar 2021, 07:32 So apparently the second most popular captaincy pick this week was Fernandes.

It’s true. This is with the 42% of inactive teams removed. Even then the number of players who captained Fernandes and vice captained injured Son, Gundogan, Salah, Vardy, etc. is significant.
2865E74D-A4F3-48CD-AE11-2A4B8A6BDEFC.jpeg
You do not have the required permissions to view the files attached to this post.
Top