Football Fandom has a History Too -
Skip to content

Being a football fan in 2016 bears very little resemblance to being one at the turn of the last century, and let’s remember, that was only 16 years ago. The pace of change in the experience of football fandom is remarkable, perhaps even quicker than the changes that have honed the game itself into the multibillion pound industry it has become. 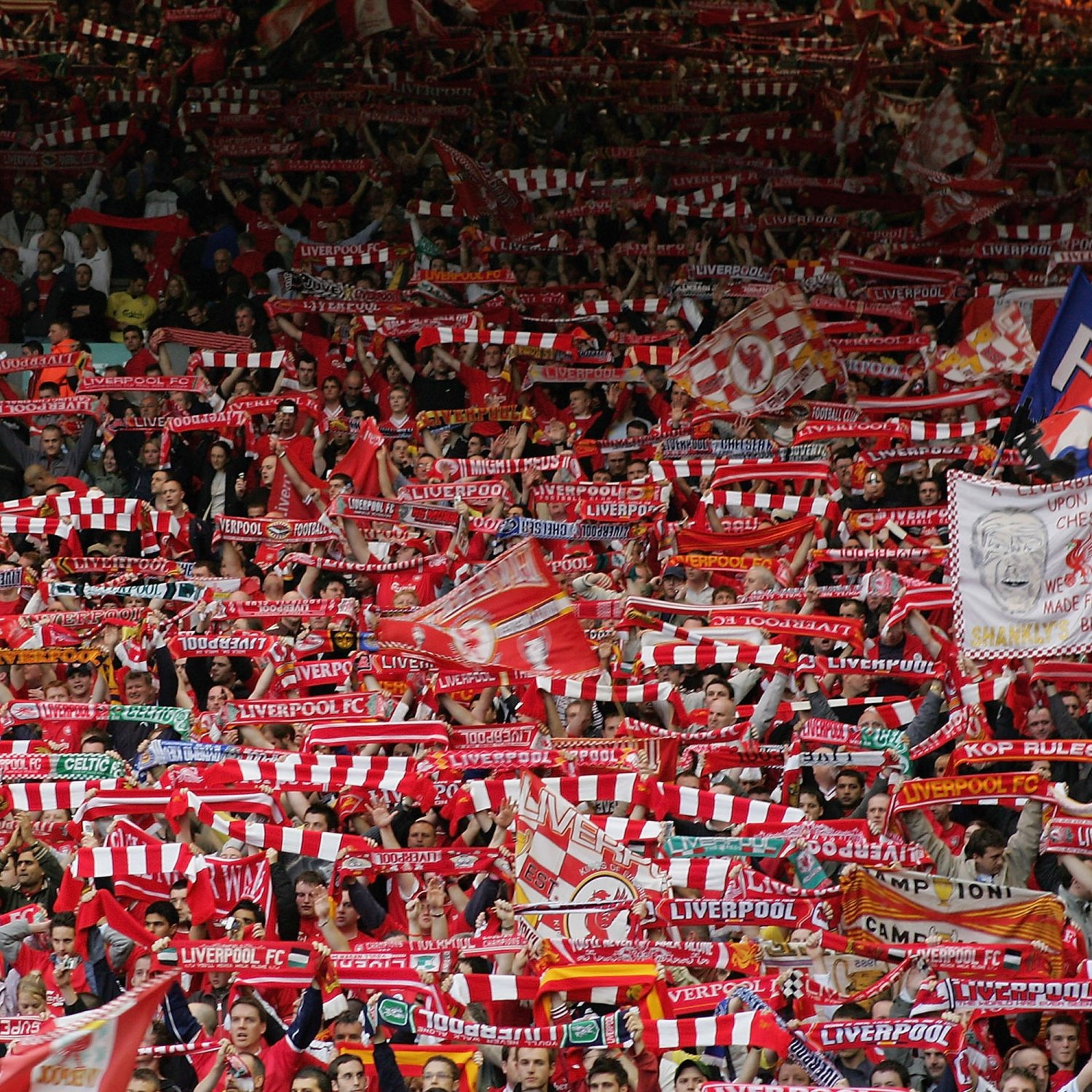 Those of us brought up with the dwindling attendances and crumbling terraces of the late ‘70s and early to mid ‘80s look upon the modern “Sky” era with a mixture of amazement and bafflement. For the rest, those who have only ever known a time when Chelsea and Man City are the two biggest clubs in the world, and the kids in the playground are as likely to be able to reel off the Barcelona starting 11 as they are that of Spurs – this is the only reality.

A Time of Milk and Honey
One of the biggest misconceptions in football is that modern day attendances are a fraction of what they were in the so-called “glory days”. Apocryphal stories abound of the days when 50,000 plus would regularly attend each game, children being carried over the heads of the crowd to get a view of their heroes at the front and so forth. Of course this did happen, but it was the exception, rather than the rule.

A quick look at the stats certainly backs this up. The average attendance at a Premier league (or top tier) match last season was 36,179 tickets. This average number has been rising steadily since 1984, a time when it was 18,834. Apart from a short spell in the late ‘40s and early ‘50s (when interestingly Spurs and Newcastle were the two largest clubs in the land) the figures don’t come close to those of today. And don’t forget, the relative price is many times greater than it was then. Also, the stadia are all-seaters now, and there is the option of watching the game live on the internet or TV if you can’t or simply don’t want to go to the game, something we keep forgetting wasn’t always the case.

Of course, your experience of being a fan depends massively on who you follow. Supporters of Rochdale for instance with just 3 promotions since joining the Third Division North in 1921, and with the unenviable record of 36 consecutive seasons in England’s bottom tier won’t have suffered the rollercoaster of emotions that the fans of Manchester City have in recent years. But they also wouldn’t be gutted at the prospect at finishing 4th in the premier league. Still, there are some things that have had a profound effect on every fan in the land, whoever they support.

Technological Revolution
Without a doubt, the internet changed life for the football fan – and all sports fans – forever, and the smartphone has taken those changes and ran with them. Take betting for example. Not that long ago, this involved a trip down to the bookies on a Saturday morning. Phone betting came in but didn’t really have the impact that the industry thought or hoped. It wasn’t until the vast majority of the population had a smartphone, and as a result developments such as in-play betting, that the revolution began.

Later on, some sportsbooks started introducing additional mechanics, to enhance the experience and allow players to better their odds. Take for instance the latest offering from BetStars. Their introduction of “Spin & Bet,” a crossover from the world of roulette – which the same company offers as part of its casino suite – enables punters to spend a small portion of their bet money to take a chance in increasing their odds. If they choose to do so, a roulette-like wheel spins and results in one of many bet multipliers. This interactive option adds to the experience even before the referee whistles the start of the chosen match. Small and interesting additions like this certainly show that the betting industry still has some tricks up its sleeve to enhance our experience, and they certainly involve technology.

The information available to the punter and football fan alike is incomparable to that of only a few years ago. Take for example team and injury news. Like all decisions, the amount of information available is paramount to your ability to make the right or the best decision. This, along with the odds fast becoming an open market, and the emergence of betting exchanges, has helped to shift the momentum away from the bookies towards the punter. 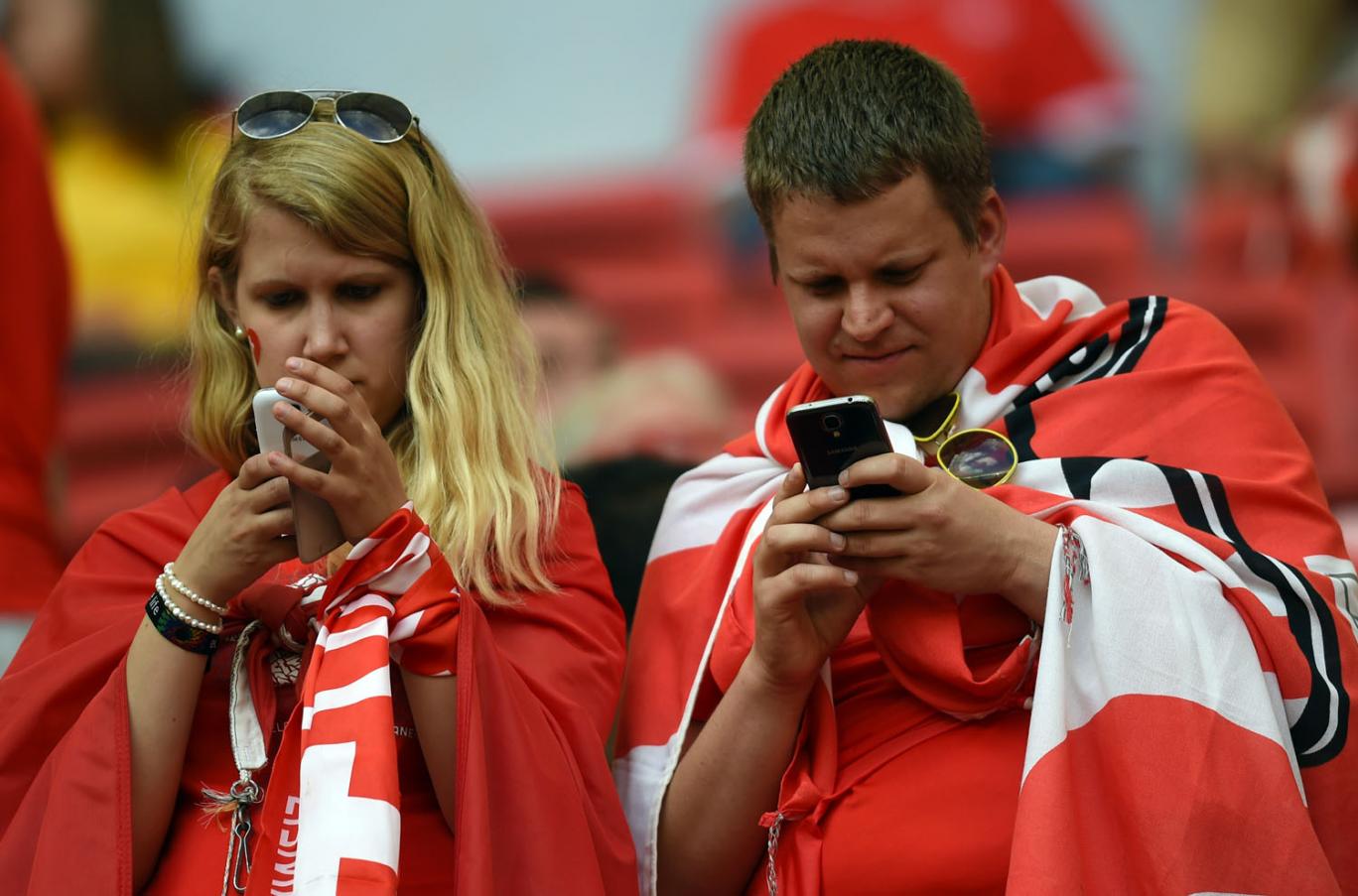 Another area where this information is invaluable of course is with fantasy football, another advent of the internet age. Though it began with newspaper-based games, it was the switch to the internet that really propelled it into the phenomenon it is today. Now in its 25th year, it has gone from strength to strength. This year there are 3,682,046 players in the Fantasy Premier League alone, with dozens of alternative sites offering variations.

A recent study by the Fantasy Sports Trading Association put the total number of people playing fantasy sports in the world at around 42 million. Historically, American sports (where fantasy games originated, and quite possibly the only positive that has come from over the pond in terms of football) have dominated these figures. Football is catching up quickly, however and is predicted to overtake US favourites in the very near future.

An even more interactive way for fans to get involved with their team – albeit a fictional version, is with football management games. These offer a completely immersive experience, and with a shrewd tactical mind, practice, and a lot of time, give the man in the street the chance to take their club from the depths of non-league to Champions league glory. It is the nearest us mere mortals will get to experiencing the day to day pressures, highs and lows that the Wengers, Mourinhos and Klopps of this world experience. There are stories of managers donning suits when their teams make it into the FA final, and for anyone who has played one for even a few hours, it something you can certainly believe.

Join the Club
Being a football fan today is a lot more inclusive than it was a decade or so ago. Every player is on Twitter, giving the fan the chance to interact with their heroes like never before. The football phone-in has become the staple of the post-match experience now as well, with local and national stations giving fans the chance to glory in their sides success or let off some steam over their inadequacies, while the emotions are still very much running high.

At the same time, footballers have turned into brands, with the most popular having millions of followers, likes and subscribers. Cristiano Ronaldo’s official Instagram, for instance, is the 10th most popular in the world, with more than 48 million followers, while Lionel Messi has more than 83 million likes on Facebook. Sports and non-sports brands have taken this into consideration and keep signing deals to have these superstars promote their products. From Neymar JR teaming up with Nike to create shoes to Cristiano Ronaldo’s CR7 underwear, we now have a chance to support our favourites like never before.

Another product of the internet age is the transition of the fanzine to the football forum. These give fans of each club or persuasion the chance to chat, discuss – and more usually argue with like-minded people. They provide an excellent way for supporters no longer living near the club or even in the same country to take part in the camaraderie that is half of what following your team is about.

Things have never been changing so fast in every aspect of the word, and football has certainly been part of that change, in terms of the product but also in the way that the fan can interact with the sport and his team. It is not that long ago when that interaction would begin and end when he paid his money at the turn style. Today it is something that is very much a 24 hour/7 day a week experience, and for me at least, that is a good thing.