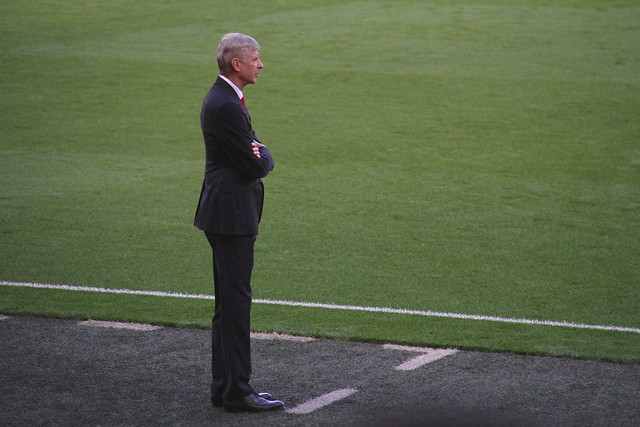 It was goals galore in the Premier League last weekend, as 12 out of 20 teams scored two goals or more, with 7 of them scoring 3 or more. There were fascinating fixtures for both the title fight and the relegation battle, with most title contenders facing a home game (apart from City who were hosted by the current champions Leicester) and with some of the bottom clubs facing each other directly.

The title contenders, so far

Leaders Chelsea faced the silent surprise of the season so far West Brom at Stamford Bridges as the Blues looked to extend their victory run to nine. As expected, the Baggies proved to be tough to break down, a characteristic they are combining this season with effective attacking football as well. The likes of Rondón, Mattie Phillips and the fit-again Chadli can cause problems for any opponent any day, but Chelsea were disciplined enough to seal both the 1-0 win and the clean sheet. Antonio Conte’s men were helped by a McAuley error in his own area resulting in a clean left-foot strike by who else then Diego Costa. Chelsea didn’t impress as Hazard barely appeared that afternoon, but they kept the three points at home and have now conceded a mere two goals in the last nine games. That’s the stuff champions are made of…

Meanwhile Arsenal booked an eventually comfortable win over Stoke at the Emirates, 3-1. Theo Walcott, who showed flashed of brilliance, scored his 100th goal in professional football (5 for Southampton, 95 for Arsenal) after an early Charlie Adam penalty had put Stoke in front. The magician Mesut Ozil then put the Gunners ahead in the second half, with a header reminiscent of Van Persie’s wonder against Spain on the 2014 World Cup, before Iwobi sealed the game with his first PL goal of the season. Wenger’s men have so far lost only once in the BPL, on matchday one versus Liverpool, and it looks like they might just stay in the fight until the end this year.

In the North, Liverpool seem to still be struggling without Coutinho, this time against a West Ham side that seems to be slowly recuperating from its woeful start to the season. The recovered Lallana put the Reds ahead in the fifth, but before half time the Hammers took over the lead through Payet (yes, of course, a free-kick) and the tireless Antonio, who played striker, attacking midfielder and rightback during this game. Divock Origi equalised just after the break, his third goal in 3 games, and seeing as no more goals were scored Jurgen Klopp’s men dropped points for a second week running.

The game of the week

Current champions-in-a-freefall Leicester were hosting a City side that is lacking confidence after recent performances, and the match came at a perfect moment. For Leicester, that is. Pep Guardiola will not have believed his eyes when he looked up at the score board after just 20 minutes and saw his men in sky blue chasing a 3-0 deficit. Given City were 8/11 for the win, it’s certainly not something tipsters would have predicted on their scoresheets either, let alone those nail-biting punters. Leicester, meanwhile, were reviving last season’s good times, with a 4-2 victory and a hattrick for Jamie Vardy as a result.

The Foxes showed some of the direct football and individual class that brought them their shock championship last year. Vardy was sublime, his depth and determination causing havoc throughout the City defense, while Mahrez showed on various occasions that he still has one of the silkiest (first) touches in the English game (just look up his assist for the 3-0 if you’re doubting). Leicester was fast, disciplined and efficient, and City wasn’t prepared for it. Their two goals came at the end, when the Leicester storm had calmed down already. Guardiola will be worried about his defense’s inability to play a high line, and about who should fill the slots at the back (because Pep, Kevin de Bruyne is NOT a left wing back).

The relegation battle, so far

Struggling Swansea hosted a recently revived Sunderland and booked a deserved 3-0 to place them just one point behind West Ham in 17th. Even though Fernando Llorente scored a double for the second week in a row (that’s 4 in 2, maybe an interesting third striker FPL option?), it was Sigurdsson who ran the show. Whenever there was danger coming from Swansea, the Icelandic ace had something to do with it. He converted a penalty and assisted the second from a brilliant studied corner. Sunderland did not as bad as the scoreline suggests though, and with the growing understanding between Defoe and Anichebe up front the Black Cats have a fighting chance.

On Saturday, new boys Hull hosted a Crystal Palace side fresh off a 3-0 victory over Southampton. They scored three again this weekend, but also conceded three this time. Hull star Robert Snodgrass was in the thick of it, diving to win (and convert) a spot kick early on and later conceding one after a foul on the magnificent Wilfried Zaha (Benteke had no problem putting it in the back of the net). The Palace winger himself scored a screamer before assisting Fraizer Campbell in the 89th to decide the final score. Diomande, with a Romario-esque turn, and Jake Livermore had already scored for the home side.