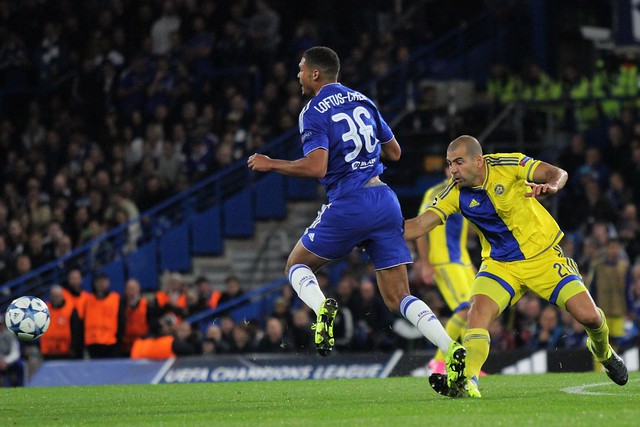 At the time of writing this article the third gameweek of the official Fantasy Premier League is underway and with the first international break on the horizon this is a good moment to take a look at some of the players that are emerging as potential bargain players. Spotting a bargain asset early on can make a huge difference in your mini-leagues not only because of the points the players brings in compared to their relatively low price, but also because it will free up crucial millions you can then spend elsewhere in your team.

Ruben Loftus-Cheek (Crystal Palace, 4.5m)
We start off with the young Chelsea midfielder who is also featured in the cover photo of this article. Frank de Boer’s men have gotten off to a rocky start this season, especially the 3-0 thumping to newcomers Huddersfield in the opening weekend was painful, but the potential of his squad can’t be denied. With players like Benteke, Zaha and Dann the Eagles are expected to bounce back. Crystal Palace also secured the services of versatile Chelsea midfielder Loftus-Cheek on loan for a season and it looks like he will be displaying his attacking talents as De Boer’s number 10 man. At a price of just 4.5 million Loftus-Cheek might just be one of the game’s most undervalued assets. He starts, he attacks and if the Eagles manage to get their stuff together it’s likely that Loftus-Cheek will be at the center of it. He is however missing this weekend due to injury but expect him to be a popular pick after the International break and during the break if you follow the horses then here is the best horse racing tips for you to consider.

Ben Mee (Burnley, 4.5m)
Hardly considered an unknown after Burnley’s successful campaign last season that was based on an impressive defensive stability whenever they played at Turf Moor, Ben Mee is still valued at just 4.5 million this season. They did sell their defensive leader, Michael Keane, to Everton for almost 30 million pounds, but Sean Dyche is expected to mold another hard-to-beat defensive unit at Burnley with Ben Mee at the center of it. Mee has proven to be a defender worthy of the Premier League who provides safety at the back and additional danger in attack during set pieces. For a player who kept 9 clean sheets, scored 1 goal, assisted 2 goals and accrued a total of 94 points last season while defending for a team that ended up 16th in the League, 4.5 million can certainly be considered a bargain. Even if you’re, understandably, not yet convinced of Burnley’s quality for this season Mee is still an interesting option as fourth or fifth defender in your squad, seeing as you won’t find many better and more reliable defenders in this price range.

Willian (Chelsea, 7.0m)
There are plenty of other interesting players that we could mention in this article (just think of Huddersfield’s Steve Mounié and Aaron Mooy, or Watford’s Richarlison), but an undervalued asset in the reigning champion’s starting eleven needs to be included. True, Willian is usually third choice behind Hazard and Pedro, but, with the Belgian star out with an injury probably until at least mid-september, the Brazilian presents a unique opportunity to add a scoring midfielder with occassional set-piece duties from champions Chelsea to your team for just 7 million. Willian scored 8 and assisted 3 last season, accumulating 114 points in the process, despite functioning as a substitute for most of the season. Pedro is the principal rival for his spot and it’s not unthinkable that the Spaniard will have to accept a place on the bench if Willian performs well until Hazard returns.