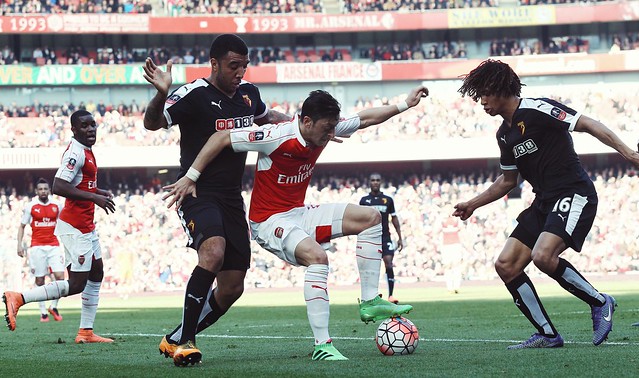 With goal-line technology in football, rugby’s try review system, and the seemingly physics-defying cameras – Skycam and Spidercam – at major events, sport is certainly already taking advantage of new tech. However, the spectating of live events is still quite a traditional industry; fans either sit in front of a TV or buy a ticket and join the regulars in the stands.

However, the next few years could alter the way people consume sport in dramatic ways. The development of virtual reality (VR) devices like the Oculus Rift and HTC Vive has thrown up a few unique possibilities for spectating, while so-called “big data” and Satoshi Nakamoto’s cryptocurrency, Bitcoin, are revolutionising sports betting.

Bitcoin made the news in early 2017 after it became the most valuable commodity on earth, out-valuing gold. While banks in particularly have been cagey about the currency (the fact that Bitcoin is not owned by anybody means that adding interest, banks’ main source of income, isn’t possible), the enigmatic token is now difficult to ignore.

But what does that mean for sport? The benefits of trading in Bitcoin, things like irreversible transactions, immediate payments, and the enhanced security innate to currency built on “blockchain” technology, has already produced a number of sportsbooks that operate in the currency exclusively.

For example, BitCasino.io, a joint mbtc casino and sports betting brand, allows people to play games and wager on their favourite teams using Bitcoin. In fact, they use Bitcoin exclusively. . A range of unique promotions – a first and second deposit bonus, a VIP scheme, and a 2,000 mbtc raffle – help players get the most from their cryptocurrency.

Tech giant Intel is also trialling the use of blockchain, a type of digital database, in fantasy sports games using a Bitcoin-like currency called “mikels”. 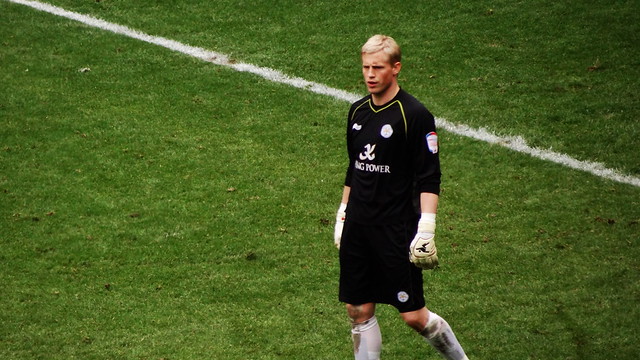 Big data has to be the very definition of a buzzword – it’s thrown around a lot on the internet without much regard for what it actually means. In brief, big data is simply the collection and analysis of statistics to reveal patterns – or not, as the case may be. It’s easy to see how knowledge of trends might give pundits and punters an advantage.

The perceived benefits of big data even prompted Premier League side Arsenal to create an analytics team to monitor player actions and movements on the pitch. Some related solutions, like Prozone, can collect 1.4m pieces of information per match. It’s debatable whether there’s any value in indiscriminate data collection, though. The point is how this data is analysed and how it can help coaches and players improve.

Not all statistics are useful. Possession, i.e. the length of time a team has control of the ball, might mean that a side is so skilful they’re never caught off-guard or that they’ve parked the bus and are timewasting in their own half. There’s very little that can be inferred from the possession stat in isolation.

For the likes of Arsenal and Leicester City, who placed analytics at the centre of last season’s title-winning campaign, it can be useful to know that a player like Oliver Giroud is avoiding using his head at corners or that Kasper Schmeichel is off his line for free kicks (for example) but, for sports betting fans, the fact that Mesut Özil runs so many kilometres per match isn’t particularly interesting – unless there’s an in-play market specifically for that metric. 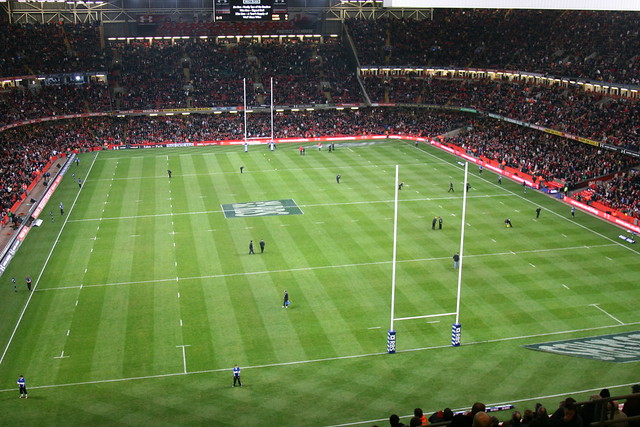 “Millennium Stadium” (CC BY 4.0) by zoonabar

VR spectating is sport’s chimaera at present. The technology, however advanced, still struggles with a few aspects fundamental to the experience, like representing the person’s body and creating a compelling multiplayer environment. However, that hasn’t stopped the industry’s innovators dreaming up ways to incorporate the tech into sport.

The beginnings of VR spectating were in evidence at the 2016 Six Nations tournament, when the BBC used 360-degree cameras to film Wales and Scotland’s national anthems. It’s an encouraging development but it nevertheless highlighted the difficulties involved in creating a fully immersive experience for fans.

360-degree videos are pre-recorded; VR events must be played live if companies are going to sell tickets for them. Also, ignoring the expense (360-degree camera rigs use up to six GoPro cameras arranged in a cube), recording in the format requires adherence to strict production rules that wouldn’t work in a fluid environment like a football field. In theory, though, VR technology could allow fans to watch the World Cup Final from the stands without ever leaving the sofa.

It’s still early days for VR, Bitcoin, and big data in professional sport but the three technologies already represent some of the more interesting developments in the industry from the past few years.