Bankroll Management in Fantasy Football and Poker -
Skip to content

Fantasy football encourages players to set up an imaginary team of footballers that play in real competitions and accumulate points based on their performance in real games. It all began with a soccer fantasy league set up by Andrew Wainstein back in 1991 and it enjoys tremendous success on both sides of the Atlantic. American football fantasy leagues are immensely popular with the fans of this sport and as a result, the competition changed from a simple recreational activity into a lucrative business. 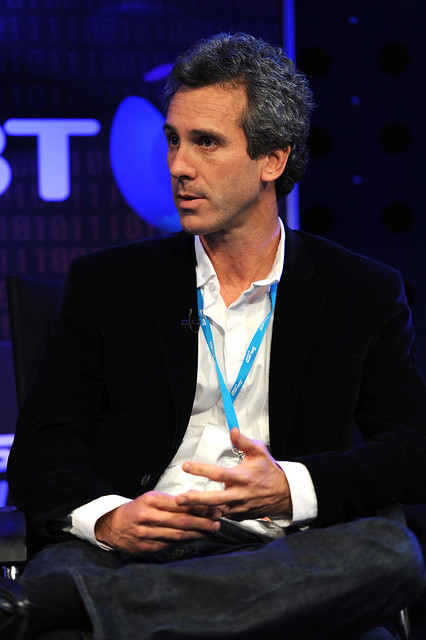 In fantasy football, players enjoy unlimited freedom in choosing their players and the idea is to assemble the best possible starting formation. Substitutes are also included and participants are supposed to prepare for the worst-case scenario as well, so they have someone to replace the injured or suspended player. The differences between fantasy soccer and fantasy football are not that great, with the only thing being the team structure and the type of players needed to seal its position.

Depending on the magnitude of the football league in which players participate, the rules can differ slightly, with footballers playing for one team or several teams. When played among a smaller group of people, it is possible to assign one player to a single team, but when there are tens of thousands of competitors, this is no longer feasible. The real challenge for prospective players is to set up a team without exceeding the maximum budget and leave some resources for transfers once the season starts.

To some extent, these are the sorts of challenges that affect poker players as well, especially those who focus on cash game tables rather than tournaments. On one hand, they need to make the most of each individual session, on the other they are compelled to play at limits that allow them to stay within bankroll. Playing at higher limits than what you can afford is just as risky as squandering all your funds on a handful of star players in the hopes that they will deliver, while staying healthy throughout the season.

When playing fantasy football, participants collect points whenever their players make an assist, score a goal, play in a game or save a penalty. Points are also lost when goalkeepers and defenders allow a goal. Players receive a card or miss a penalty as well as when they score in their own net. These things happen all the time and with fantasy football involving several teams playing games at the same time, it can be difficult to determine whether you are ahead or behind.

Keeping track of your success after each round is relatively easy as all the points are clearly displayed in the account section, but the challenge is to come up with the right strategy. Those who are ahead in the race will be inclined to play it safe and focus on those players that are less likely to bleed points, even if they don’t have a propensity for scoring goals.

This is the kind of attitude that also separates mediocre poker players from great ones, especially those who play tournaments. They are also expected to make preliminary decisions and choose between cash games or tournaments, depending on how big their bankroll, but also their expectations. Making a profit is the obvious objective for all players but in this highly competitive arena, not losing money is every bit as important. Choosing tournaments over cash games has the upside of presenting players with a chance of winning a lot of money with a minimal investment, but variance is a serious concern.

At cash game tables, profits accumulate slower but at a steady pace if you are successful – and by making smart use of stop loss limits, players can mitigate losses. The difference between poker and fantasy football is that at the tables you are apparently in control of what happens and can make adjustments on the go. By comparison, after you acquire the players and set up a strategy for the upcoming season, you can only make minor modifications when playing fantasy football and hope for the best.

The Impact of Budget Restraints

In fantasy football, participants need to have a crystal-clear strategy from the very beginning and their decisions are mostly influenced by budget restraints. They also need to choose between public and private leagues, with some games allowing players to accumulate points in both domestic championships, such as the Premier League and European cups. By having players participate in matches for the national team, a new layer of complexity is added and variance increases even further.

In those competitions where each player exists just once, there are two distinct options, with participants getting to auction the player or acquire him at the end of a player draft. Managers decide how much money they are willing to spend on players, while those who draft their footballers have a certain number allocated. This is the first and most important decision that prospective players need to make, because the systems are different and the impact of budget restrictions varies accordingly.

The auction system is more dynamic and the competition begins right from the start, because participants compete for limited number of players. The obvious choice would be to acquire the best, but when the auction heats up, the prizes can go through the roof and players become overpriced. During times like this, it is wiser to divert resources and acquire less prominent, but promising players that only cost a fraction and hope that the total number of points they accumulate will justify the investment.

The correspondent in poker is to play at several cash games of lower limits, instead of sitting down at a single nosebleed limit table. The impact on the bankroll is identical, as you commit the same amount, but the risks of losing a lot of money is significantly lower when doing multi-tabling. There is an indissoluble link between the potential profits and losses, and committing a lot of resources to a single poker table is just as risky as spending most of your budget on a single, expensive fantasy football player.

Poker tournaments also mirror fantasy football leagues, being actually condensed competitions that require an impeccable mix of macro and micro management. Buying in for the flagship tournaments scheduled on a weekly basis by poker rooms make you eligible for a share of a huge guaranteed prize pool. On the other hand, the buy-ins are prohibitive and variance needs to be factored in, as players rarely emerge victorious when competing against thousands of opponents.

Throughout the event, good players shift from one style to the other and even though the overall strategy remains the same, they need to adjust to the changing circumstances. Just as fantasy football managers need to operate slight changes to keep the team afloat throughout the season, poker players shift between passive and aggressive styles. Throughout such an event, their decisions are more influenced more by the size of their stacks and their opponents than by the initial strategy.