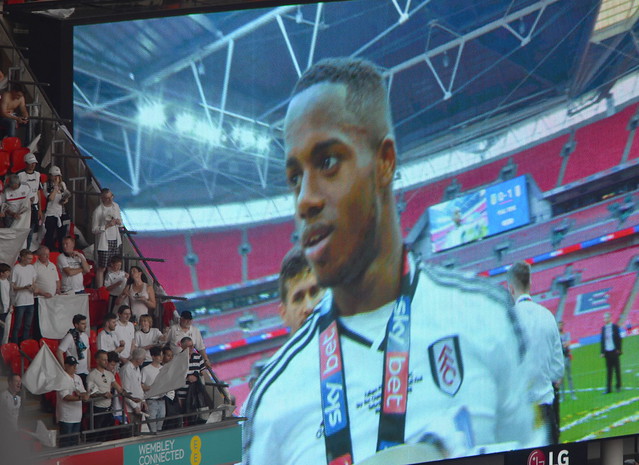 One of the big differences between being a decent FPL manager and one who really competes for the top spots is often the manager’s ability to anticipate player purple patches. In other words, a manager’s ability to spot signs of a player’s improving points potential before other managers do. Sometimes a look at the fixture calendar can provide some hints as to which players might start bringing home the points soon, but most of the time, it comes down to general knowledge and a good bit of luck. By watching games, following team reports and staying up to date with the latest news, you can gather the information you need in order to identify this season’s Momo Salah before the rest of the Fantasy community does. With this article, we want to help you on your way a bit already by highlighting a few Premier League players who might not be starting for the first team all the time at the moment, but who might be breaking through in 2019 just like newcasino2019.co.uk.

Diogo Dalot – £5.3m
When Mourinho so discretely asked for defensive reinforcements for his Manchester United squad last summer, young Portuguese right-back Diogo Dalot was bought from Porto for £19 million. His first season at United has been a nightmare so far due to a bad injury (he hasn’t been able to play a single minute in the Premier League), but great things are expected from him. Upon his arrival at Old Trafford, Mourinho said that the 19-year old is “the best full-back in his age group in Europe”, which will have had a motivating effect on his recovery from injury. Dalot is both physically and tactically strong, and coming from the Porto academy he knows the kind of game his coach wants to play. With previously nailed-on right-back Antonio Valencia having completed the 90 minutes just four times this season due to injury and a lack of confidence in him from his coach, Dalot could come into the 1st team squad in 2019. And if you lack confidence in online casinos then try free spins 2019.

Laurent Koscielny – £5.4m
Unai Emery’s Arsenal are flying at the moment, enjoying an unbeaten run of 16 consecutive matches and counting. The manager’s hand is becoming more and more visible as the Gunners have started to once again play an exciting brand of football, something that was somewhat absent during the final years of Arsène Wenger at the club. Among all those positives though, it’s easy to overlook the fact that the Londoners have also conceded 15 goals in 12 Premier League games so far this season, and Laurent Koscielny’s long-term injury is largely responsible for that. In form, the French international is Arsenal’s best central defender and the back-line’s undisputed leader, which puts Arsenal’s defensive fragility in a somewhat less harsh light. Koscielny ruptured his Achilles tendon during the Europa League semi-final encounter with Atletico Madrid last season and has been working on his return since. He’s said to have recovered and to be working towards match fitness at the moment. Don’t expect him in the starting line-up any time soon, but the Arsenal captain is likely to slot right back into his spot at the heart of the defense around the start of 2019.

Fabian Delph – £5.3m
Including Man City’s converted left-back in this list is an act of opportunism more than anything else. Panic broke out among more or less 18.5% of FPL managers when the news of Benjamin Mendy’s latest injury and subsequent surgery at a Barcelona hospital became public. The starting left-back has what seems like a serious injury to his right knee and is not expected to return for Man City again this calendar year. In times of the injury-prone Mendy’s absence last season, it was often Fabian Delph who was chosen to replace the Frenchman at left-back. In that role, the Englishman played more than 1,700 minutes in the Premier League last season, resulting in a total of 55 FPL points (1 goal, 2 assists, and 6 clean sheets). These are no “Mendy-like” stats, but Delph might be a relatively cheap way into the league’s best defense (5 goal conceded, as many as Liverpool). Keep an eye out on developments around City’s left-back position, because the Blues from Manchester might just be going into 2019 with Delph as their starter.

Ademola Lookman – £5.1m
After an impressive second half of the season last year in the shirt of RB Leipzig in the Bundesliga, where he was on loan, Everton’s Ademola Lookman has yet to get the first-team opportunities that many were expecting for him this season. The young attacking midfielder’s abilities are unmistakable, which is also illustrated by his performances at Leipzig (5 goals and 3 assists in just 11 games), but manager Marco Silva has an abundance of offensive talent at his disposal. With the likes of winger-turned-striker Richarlison, midfield creator Sigurdsson, and new boy magician Bernard, just to name a few, competition is stiff for Lookman. He’s been coming on for about half an hour in each of Everton’s last 3 games in the Premier League and despite returning just a single assist so far this season, the 20-year old Englishman showed that he’s fighting for a spot. The Toffees had the chance to sell him on a permanent basis to Leipzig at the end of last season, but they firmly stated that Lookman is an Evertonian and that he’ll stay at the club. It would be surprising to see him conquer a nailed-on starting spot in Marco Silva’s first eleven this season already, but the youngster is likely to get more minutes on the pitch in 2019.

Isaac Success – £4.6m
In the absence of main man up front, Troy Deeney, Watford coach Javi Gracia has opted to start with Nigerian striker Isaac Success in the number-nine role for the past few gameweeks. He scored his first goal against Huddersfield in gameweek 9 and has kept his place in the first eleven since then. After two difficult seasons, the powerful forward who was bought from Granada back in 2016 (for £12.5 million, a club record at the time) is finally looking like justifying that price tag somewhat. While Deeney seems like an assured starter for the Hornets, the other striker position (when Gracia plays with two strikers) goes between Success, Stefano Okaka (13 minutes this season) and André Gray, who doesn’t seem to have convinced his manager so far. For the moment, Success is leaving a good impression on the pitch and if he can increase his direct goal involvement a bit, there is no reason for not expecting the 22-year old to get more minutes in 2019. At the ridiculously low price of £4.6m in FPL he could become a major differential as well as a serious budget-enhancer.